Rwanda is well known for its production of quality tea for years now with the factory in the lead being the Rugabano Tea Factory that’s located in the Karongi District of Rwanda. During a visit to the factory, President Kagame pledged to ensure that necessary infrastructure is put in place to facilitate an increase in tea yield.

Rugabano Tea Plant, the second biggest tea buyer in the nation, is run through a firm by Wood Foundation, a venture philanthropic organization since its establishment in 2019.

The tea factory growth has been attributed to investors who are helping farmers to expand tea areas as it was a result of an agreement between the Government of Rwanda and Luxmi Tea Company Private Limited – a subsidiary of Wood Foundation.

According to Knopp David, the Wood Foundation Africa Director; “Less than six years ago, none of this was here; there was no commercial firming going on. In 2017 along with several partners, we embarked on a long journey to transform the region in Greenfield development in tea. To date, we are looking at yielding 74 percent high-quality leaves in Rwanda which is currently the best in the country.”

Tea as a commodity was introduced in Rwanda in the 1950s and has seen growth as by June 2021, there were over 26,000 hectares of tea plantations in the country. 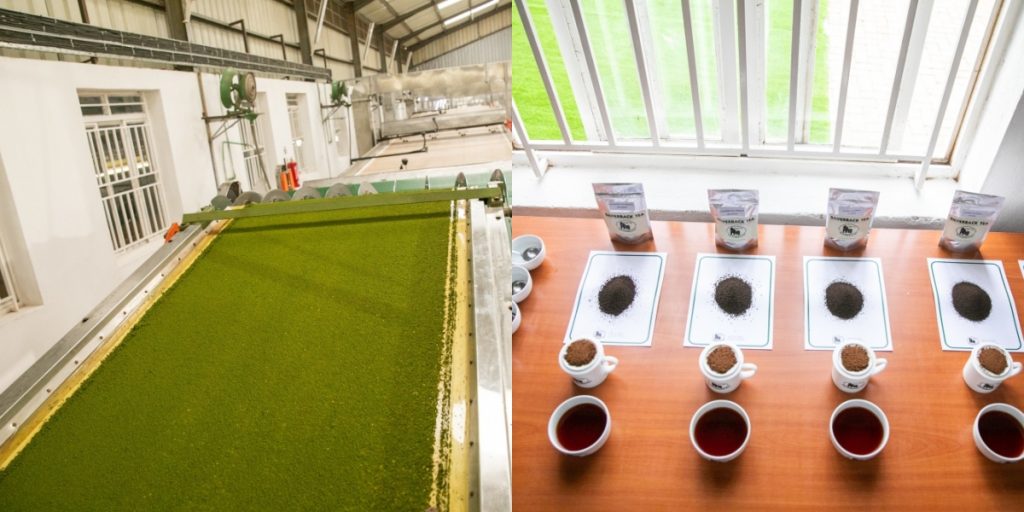 The factory’s importance is outstanding to the country because it employs many people who get money to sustain their families, while investors also get profit and pay taxes.

During a visit to the factory, President Kagame pledged to ensure that necessary infrastructure is put in place to facilitate an increase in tea yield.

“The quality and impact of Rwanda’s tea stand out. The quality of our tea is among the best not just in the region but across the world. This is an opportunity to exploit and we have all it takes to maintain quality and derive more benefits to the people of Rwanda,” said President Kagame.

Rudra Chatterjee, the Chairman of Rugabano Tea Factory said that the company he represents has invested $12 million and has committed to invest up to $40 million.