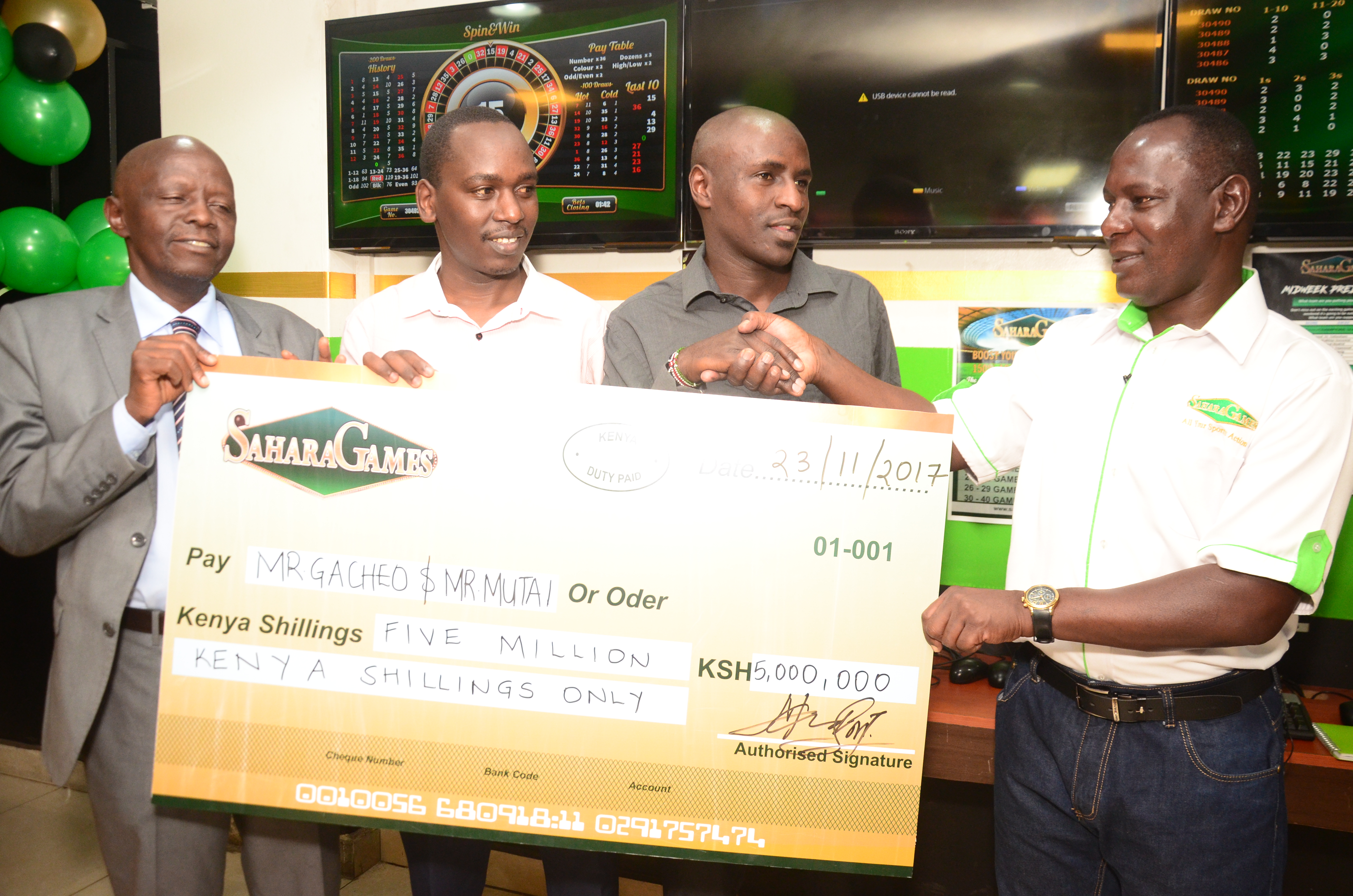 Sahara Games, a Sports Betting Company has on thursday issued a cheque of KES 5 Million for two Super 13 Jackpot Winners. The jackpot winners each received KES 2.5 Million as they were the winners of last weekend’s jackpot.

Speaking during the Prize giving ceremony in Nairobi, the C.E.O of Sahara Games, James Simon Mpanga pointed out that it takes a combination of some football knowledge and luck to Win the SUPER 13 JACKPOT because the probability is 1,500,000 Million to 1.

“With the way we have set up Sahara Games, we have made it easier for players to win. As you can see we already have 2 Jackpot Winners after only 10 rounds since the JACKPOT was launched – some Companies have gone 2 Years without anyone winning their Jackpots because the number of Games and the selection make it next to impossible to Win those Jackpots.” Simon Said

The CEO also expressed the company’s commitment to sport betting in Kenya noting that besides the SUPER 13 Jackpot, Sahara Games offers an even easier 4 Game Correct Score Jackpot with odds of 700,000 to 1 where a single Winner can take home KES 2,000,000 every week.

Mr. Gecheo Auka who is one of the winners said that he is elated to have won the Jackpot and that he will try his luck again as Sahara Games have made it easier for participants to try their luck.

“When I got the call that I was one of the winners I was very skeptical as I had not won before on other platforms. But now that I have held the cheque I urge fellow Kenyans to try their luck with Sahara Games as I am a living example that it is real” Auka Said

Sahara games usually offer a weekly jackpot coupon that consists of 13 matches predominantly from the English Premier League and the English Football Championship. They offer an endless number of Bonuses, easy to use multi channel online platform and prominent International partners like Sahara Game Technology of Canada, Zapnet of Cyprus and Kiron Interactive of South Africa – All Internationally reputable Companies.