The new showroom aims at boosting the firm’s brand recognition within the Rwandan market and improve consumer experience in Kigali. 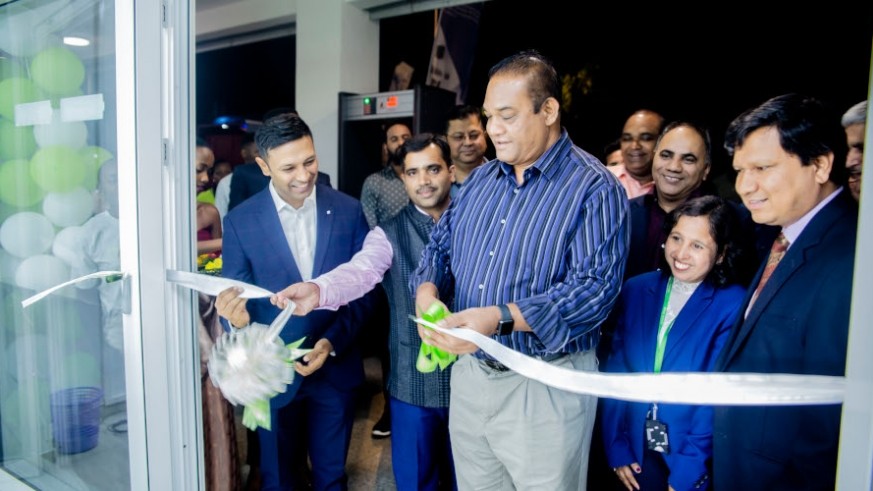 Sahasra has continued its positive trajectory of expanding its footprint in Rwanda after the opening of the consumer electronics company’s second showroom in Kigali, this weekend.

The new showroom, according to the company’s management, aims at boosting the firm’s brand recognition within the Rwandan market and improve consumer experience in Kigali.

The showroom was opened on Saturday, at the newly refurbished commercial complex, Kigali Business Centre in Kacyiru, in a function that was also graced by the Indian High Commissioner to Rwanda Oscar Kerketta.

Sahasra is a subsidiary of the India-based Sahasra Group.

Speaking at the event, Varun Manwani, the CEO of Saharsa Electronics Rwanda, said that the shop is not only increasing presence on the Rwanda market but also diversify products offered including rechargeable and chargeable batteries, power banks, USB cables and internal and external led lights.

Manwani revealed as an extension of the long-standing relationship the company has with the American Electronics Manufacturer, Sony; they have secured a deal to be the sole distributor of Sony products in the country.

This, he said, will give Rwandans full access to high quality products which are long lasting giving them value for their money.

Manwani said since the company set foot in Rwanda, they have been getting good feedback from the clientele, which he says informs their business decisions going forward.

This, he added, is the reason why they were able to set up the company’s first manufacturing facility in the region for internal and external LED lights which has created jobs to over 40 local electrical engineers.

The company is soon to roll out smart lights, of which someone will be able to control their home lighting systems wherever they may be as long as that one has access to internet.

Manwani believes that this will also improve on the efficient use of electricity.

Giving a tour around the showroom to the ambassador, Manwani told the envoy that the company is to start exporting its products to Kenya and Uganda and that their plan is to start producing from Rwanda, simple IT devices like USB cables.

Manwani added that the company has the conviction of making Rwanda its base in its long-term plan of being the leading electronics manufacturer in East and Central Africa, given the space they have in the Special Economic Zone in Masoro.

He said that with the help of government, this will make expansion easy and cost effective.