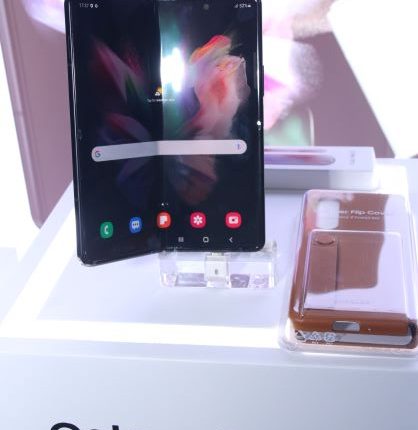 The world is more connected than ever and is moving at a much faster pace. Work and play intermix, and the lines between the physical and digital world have blurred. Where people turn for work, entertainment, wellness and more has become a single place – our phone. As such, users need a flexible smartphone to keep up with their daily demands.

With this in mind, Samsung Electronics will be unpacking the latest range of foldable devices on 10th August 2022. Samsung’s global event is set to announce the most radical technological innovation in the smartphone space as the company gears up for an even larger share of the smartphone market pie.

The announcement was made by Samsung Electronics President Mr. T.M. Roh during the latest unpacked event.

“Last year, we saw almost 10 million foldable smartphones shipped worldwide. That’s an industry increase of more than 300% from 2020, and I predict this fast-paced growth will continue. We are reaching the moment where these foldable devices are becoming widespread and staking a bigger claim in the overall smartphone market. More importantly, Samsung Galaxy foldables have changed the way we use mobile devices and helped enable better lifestyles for users worldwide” said Mr. Roh during his address.

In Kenya, 96% of internet users use their smartphones to access the internet. With the shift to flexible working induced by the Covid-19 pandemic the smartphone has become a necessity for most Kenyans and is now a work and play gadget hence creating the need for the Samsung Foldable devices that make it easier to multitask.

“This year, we’ve made advancements in every detail and opened the new experiences enabled by these behavior-shifting devices. I am excited to see people discover new ways to do more of the things they love with the new foldable. At our upcoming Unpacked on August 10th, you’ll see that the impact of our innovation is not only about what technology can do. It’s about what you can do. We’ve once again taken our inspiration from the most important source — Galaxy users — to push the limits of what’s possible. I can’t wait to show you the potential of our new Samsung Galaxy foldables as the ultimate tool for both productivity and self-expression. Now, you can do more than you ever thought possible, all at once, on one device. Get ready to unfold your world,” said Mr. Roh.

The new foldables are both expected to look a lot like their predecessors. They’re also likely to be powered by the new Qualcomm Snapdragon 8+ Gen 1 chipset. Samsung is also expected to improve the appearance of the crease on the folding display this year, and will also keep support for the S-Pen intact now that the Note series has officially been discontinued.

Samsung Electronics has for the last 10 years dedicated resources to create transformative technology by looking at the one thing all smartphones were synonymous with, a flat rectangular display. The big question being: How can one device have it all — a bigger screen and better portability? Samsung saw this as an opportunity not only to design a new shape but also to create new experiences that had never been possible with a smartphone before. Overcoming many technological hurdles, and successfully introducing the first-ever Galaxy foldable smartphone in 2019, this has changed the future of the smartphone industry ever since, and Samsung doesn’t seem to be looking back.

Michael Joseph Steps Down as Safaricom Board Chair

Magoha orders immediate closure of schools ahead of elections