Samsung solves one of the biggest challenges for cleaners 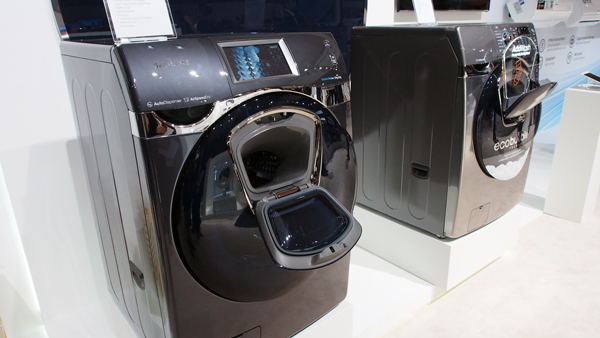 Rather than waiting for the next laundry day, Samsung’s Addwash machine allows you to add forgotten laundry in the middle of a wash

In a bid to expand its product portfolio, Samsung East Africa, on Wednesday, introduced new washing machine that seeks to solve main challenge front load washers face. Manufacturers in the last few years have been adding features to their washing machines to achieve certain objectives.

Key among these objectives include to save users time, enhance convenience as well as for pricing purposes. However, Samsung East Africa has taken innovation a notch higher by introducing into its portfolio, a washing machine that seeks to address one of washing nuisances.

A research conducted by the electronics company suggested that most consumers say they wanted to put more clothes in the washing machine after a wash cycle had started. “Conventional washing machines do not allow users to do so. The door is only opened when the water level inside the drum is low enough,” says Patricia Kingor’i Regional Head-Marketing Samsung East Africa.

The new Samsung Addwash has an extra door built on the front upper part of the main door of the washing machine that seeks to solve what the ‘pain point.’  The door makes it possible to add any missed pieces of clothing – and even extra detergent or fabric softener – at any point during the wash cycle.

Rather than press the pause button, and waiting for the washers to drain and the drum to stop spinning, the new Samsung Addwash washing machines lets users add more items through the Addwash door without stopping the cycle.

The Samsung AddWash also comes with an array of smart functions, which work with both Android and iOS smartphones, which not only make it easy to monitor the progress of the laundry programme, but also offers the option to alert users on their smartphone just before the start of a new washing cycle. For instance if users want to add a few delicate or hand-wash items towards the end of the wash cycle.