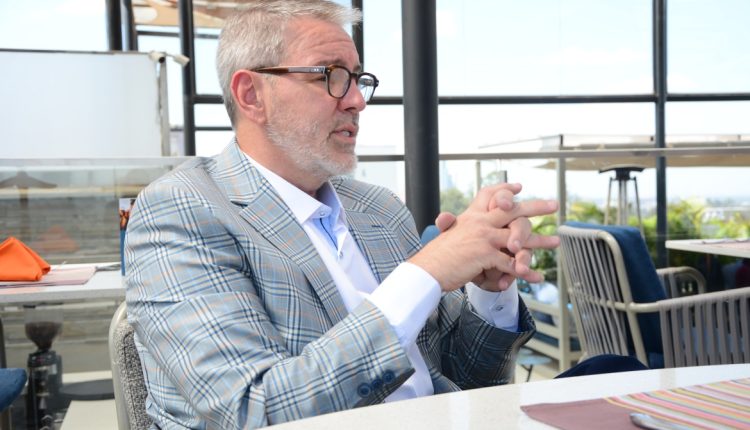 World Food Bank is mainly aimed at improving the agricultural products for consumption as well as ensuring that the food can be stored through longer durations and in conducive storages that are fungus/bacteria free.

After setting up projects of smart agriculture in Uganda and Zambia, by introducing Farm Business Advisors who can liaise with the farmers and sort markets once a financing channel is formed; Kenya is next for WFB, poised at a better position to achieve an ecosystem solution bearing a better infrastructural model, a greater tech-savvy environment that proves ease in implementation of smart agriculture.

Through the growth of better products, farmers will base their processes on high-quality products that are fruits, and vegetables, which will influence higher pay for farmers based on the quality

“We can dry foods: grains, pulses, fruits, onions, and tomatoes and then ship them for sale to the outside markets. Why drying? Well, it can be used for grade two products that might not otherwise be sold.  It also makes shipping cheaper and the storage is easier to work with as it is dry storage. When the products are dried, the nutrition level maintained is at 95% while the duration foods last is prolonged,” said Lackey.

There is the essence for Kenya through the new president Dr. Ruto to be championing for World Food Bank Africa Fund that will be focused on Kenya, mainly seeking to channel support to the farmers toward smart farming to deal with the aflatoxin issue in the food and scarcity of food.

The target $500 million fund will enable farmers in the African region to go for smart farming and make better returns, through selling and storing food in airtight bags hence securing the future need, as well.

“With technology, dry storage can be used to save food for future durations which can be great for business.  Properly stored food is like a banking system that allows food to retain value and to be used for future purposes,” added Mr. Lackey.

Based on WFB research, there are high levels of cancer that are gleaned mostly from the foods consumed by the people, one of the pointers is the inception of the Texas Cancer Hospital in Nairobi.

The move is after recording levels of cancer as high in East Africa with rates of up to 300% of global norms among adults and children.

Some of the main cancers spread is childhood cancer which leads to deaths highly among children while tested highly among adults is liver cancer.

According to WFB Founder, Richard Lackey, the rates of cancer are astonishing and it’s mainly due to the presence of aflatoxins in some corn, groundnuts, and some animal feeds that are mainly consumed and planted within East Africa.

“Speaking to some organizations in Kenya about the aflatoxin issue, there was a realization and agreement that the maize which would be imported was to be aflatoxin free which became a major problem. In the sense that there was the inability to import maize, cereals, as well as chicken and animal feeds since most grains were tested and found to have aflatoxins within them,” says Richard Lackey.

The main way of dealing with the issue of the consumption of aflatoxins will mean bringing about a shift in the way crops are planted and how those crops are managed by the farmer.  This would mean a shift in the formation of planting, what is planted, manure used, etc., which would mean embracing smart agriculture.

Mr. Lackey suggests that there is a need to also create awareness and sensitize the farmers to embark on smart agriculture from the farming process to the storage, as this last procedure plays a key role in determining the long-lasting duration of food.

To attain this there has to be a more stable marketplace to do away with the middlemen which will not only empower the farmer but also the market rates will be way affordable.

The Zero Hunger Formula championed by WFB is aimed at getting farmers to grow better, that is better agriculture i.e., regenerative farming practices and proper management of pasture in dry seasons.

“Regenerative agriculture is a solution to hunger and poverty, even better is, it also solves many of the challenges related to climate.  Hence by starting with fixing the soil by embarking on agroforestry, we will save humanity from hunger problem,” affirms the Founder of WFB.

“First, we get the soil regenerated, to reduce the chemicals within the soil, then use good practices and plant better quality products of high value; avocados, oils, and fruits. High-quality avocado can be sold to Norway and Belgium among other countries and a smart agriculture farmer can make $600 in a tree while the normal farmers make about $100 in a tree,” suggested Mr. Lackey.

The main challenge faced in improving the farmer’s situation would be the bureaucracy that bars several stages of improvement for the farmer at the lower level.

He suggests the building of technological food storage run by a private sector company. Food storage will ensure a solution for scarcity in dire times.

“Africa has high potential when planting foods like sorghum, millet, vegetables, fruits since there’s enough land which if well used can cater for the huge available market on the global stage,” recommended Mr. Lackey.

Revealing that through administration structures with integral middle management, there will be a possibility of achieving these results which will raise the GDP.

The founder hoped that there can be a formation of consortiums like was done in Ethiopia years ago to oversee the rollout of incentives to the farmers, pieces of training, and forums in vernacular to reach more farmers.

Revealing that the steps in Uganda are underway, and Kenya being a prospect, will also see the commencement of the process.

“We can get it done if we can do it together. When we move the fastest will only be when the leaders decide that we want to do this. We don’t want to make money majorly but instead arrive at solutions that better humanity.  If we do this the profits will come.” concluded Mr. Lackey.