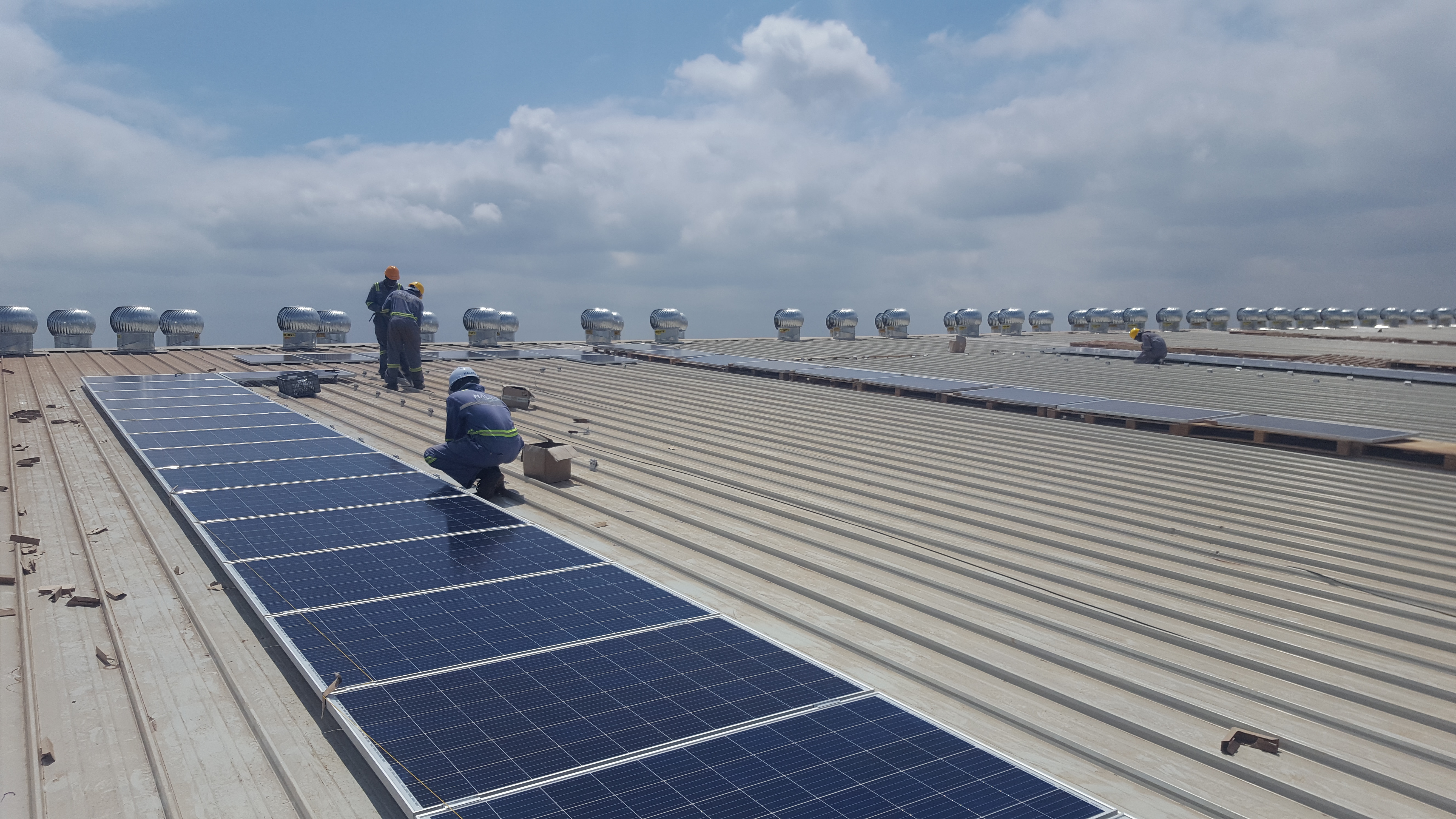 The solar system is expected to generate 800,000 kWh annually and save the tenants KES12 million per year

Solarcentury East Africa has installed a 506 kWp hybrid solar PV plant at Africa Logistics Properties (ALP), one of the first developments recently commissioned in Tatu City, Nairobi. The solar system has been mounted on the rooftop of ALP’s three warehouses and is expected to generate 800,000 kWh annually.

The hybrid system, which consists of 1,840 solar PV panels and ten solar PV inverters, will reduce ALP’s reliance on the energy from the grid and diesel generators. The move is expected to save the tenants KES 12 million each year.

Solarcentury is the EPC (engineering, procurement & construction) contractor, and the asset will be managed by ALP. This becomes the seventh hybrid system the British company has designed and installed in the country, demonstrating its expertise and market leadership in understanding the technical challenges around integrating solar with an operating business. It builds on the success of its operations in the regional market and offers an exciting opportunity to demonstrate its commitment to bringing clean energy to all Africa.

Guy Lawrence, Director at Solarcentury in East Africa said, “We are always keen to work with organisations who want to improve the sustainability of their operations, and we’re pleased to be able to help private companies to save money too. ALP’s mission of safeguarding the environment aligns with our own mission to alleviate climate change.”

The project has been completed in five months. Other successful undertakings by Solarcentury include Africa’s largest solar carport at Nairobi’s Garden City Mall, installation of three solar PV plants, with a total capacity of 1,154 kWp at the Nairobi-based International Centre of Insect Physiology and Ecology (icipe), 1 MWp solar PV at Williamson Tea at its Changoi Tea Farm, and installation of almost 1 MWp of solar roof system for London Distillers in Athi River, Kenya.

“Solarcentury were the obvious choice for our solar power partner at Tatu given their successful track record on large scale projects in Kenya. They have professionally and successfully delivered the system and we look forward to the financial benefits from the equipment, while reducing the environmental impact for ourselves and our tenants.” Richard Hough, Chief Operating Officer ALP.