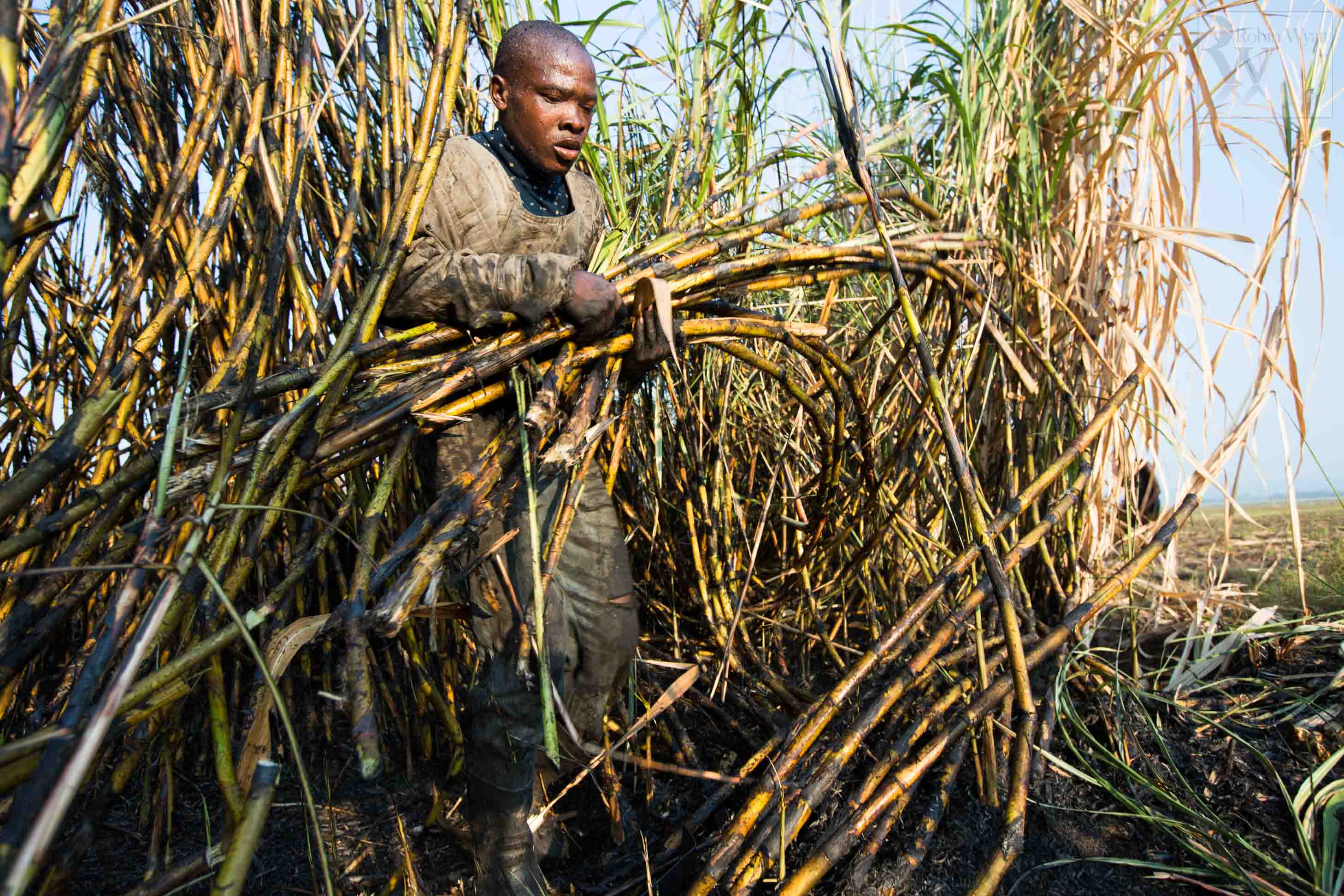 We have heard before that Kenya does not have the capacity to produce enough sugar to meet its domestic consumption demand, and that Uganda is a sugar surplus country and therefore can export sugar to Kenya. We have also been told that privatisation of the state-owned sugar companies will save the struggling cane millers and restore hope for the local sugar sector.  But as it turns out, most of these stories are sugar-coated lies.

“The truth is that Kenya has the ability to produce enough sugar to meet its growing domestic demand and doesn’t need to import sugar from Uganda, or any other country for that matter,” says Hon Joash Wamang’oli, the chairman of Nzoia Sugar Company board.

Wamang’oli also extensively rubbishes a report produced last year (2015) by the National Assembly’s Departmental Committee on Agriculture, Livestock and Co-operatives, which notes that Kenya has an estimated sugar deficit of 200,000 metric tons (MT) against an annual domestic demand of 800,000 MT.

The report dubbed, “the Crisis Facing the Sugar Industry in Kenya”, notes that Kenya has 11 operational mills producing an estimated 600,000 MT of sugar yearly and that the shortfall therein is offset by sugar imports from other producers.

According to the Parliamentary Committee report, the current crushing capacity of all the operational mills put together is about 29,990 tons of cane per day, which the Committee says is still not enough to meet the domestic consumption capacity.

Based on the report, Kenya would have to expand its crushing capacity to approximately 50,000 MT per day in order to produce enough sugar and for Kenya to qualify as a sugar surplus country.

However, Wamang’olis, who has been in the sugar industry for close to three decades, disagrees with the Parliamentary Committee report and its statistics. He says the much hyped shortfall of sugar in Kenya will not be there if we conducted our sugar business properly, and even wonders why people keep referring to the same old figures as point of reference.

“This deficit of 200,000 MT has been there for the past 25 years. Why is it that it never changes despite new sugar factories being set up in Kenya, increased investments in the sector, and the inevitable changes in supply and demand?” poses the Nzoia board chairman.

Whereas it is said that numbers don’t lie, Wamang’oli’s argument suggests that sometimes they can be deceptive, especially when the numbers are meant to achieve a specific agenda — like making people believe that the local companies are unable to produce enough sugar to meet Kenya’s domestic consumption demand.

And why would someone want to create an artificial sugar deficit in the country? Here is why.

“It is a scheme by the sugar barons in the industry to import cheap sugar into the local market,” says Wamang’oli’s, adding that the fact that Kenya is importing sugar from Uganda is absurd because the said country does not produce sugar in surplus.

“Uganda has no sugar to speak of. Where is this sugar that they keep talking about? The point of entry to Uganda’s market is Kenya. What our gatekeepers seem to be doing is allowing cheap sugar from other regions to pass through to Uganda, which then sells the same sugar to Kenya,” says Wamang’oli.

Myriad challenges with no amicable solution in sight

In the early 1980s, sugar was the least of Kenya’s problems as the country was producing enough to meet its domestic demand. But that cannot be said today. Wamang’oli says a plethora of issues have contributed to the instability in the sector.

“First and foremost, soil has over the years become acidic as a result of the fertilisers used. This has affected productivity by almost an acre in terms of output, and consequently affected the income to the farmer,” he says.

Rapid population growth and increase in the number of cane farmers and millers is another set of challenges. History has it that our grandfathers had vast tracks of land when sugar cane farming started in Kenya. Now most farmers don’t own those huge tracks of land to dedicate to cane farming.

“With the population having grown to over 40 million, it means that the families have become bigger, and therefore the sub-divisions of lands have become smaller, hence affecting the economies of scale and production,” says Wamang’oli.

Production per hectare in the early 1980s was about 140 tons. Now it’s estimated at between 30 and 40 tons per hectare. This, Wamang’oli says, is not at par with the cost of production.

Kenya has also been slow in adopting and embracing the use of modern technologies to improve efficiency in production.

“The cost of production is too high because most of us are still using out-dated machines and production facilities,” says Wamang’oli.

The problem is further compounded by the coming in of the sugar barons who bring in cheap sugar from the so called Common Market for Eastern and Southern Africa (Comesa) compared to those produced locally and which sell at very high cost — owing to the relatively high cost of production.

Comesa, Wamang’oli says, is a tool that the sugar barons are using to destroy our local sugar industry. In his view, there is nothing good that can come out of Comesa for Kenya’s struggling sugar sector.

“When you talk about Comesa, which of its member countries produce surplus sugar? Go and conduct a survey. You will find that there is none. All we have there are powerful individuals who are trying to take over the local markets and calling it Comesa market,” says Wamang’oli.

Fast-forward, the Treaty establishing Comesa was signed in November 1993 and ratified in December 1994, effectively replacing the former Preferential Trade Area which had existed since 1981.

As of today, the organization has 19 members, namely Burundi, Comoros, Congo, Djibouti, Egypt, Eritrea, Ethiopia, Libya, Madagascar, Malawi, Mauritius, Rwanda, Seychelles, Sudan, Swaziland, Uganda, Zambia, Zimbabwe and Kenya. Together they have a combined population of over 492.5 million people and GDP of about US$657.4 billion, constituting a huge market for investment. Kenya joined in 21st December 1981.

In the face of enormous challenges — poor infrastructure, aging factories and others, facing Kenya’s sugar sector, the local industries stand no chance against the global sugar export giants. Wamang’oli argues that importation of duty free and cheap sugar from Comesa regions into Kenya has definitely done more harm than good to the country’s sugar industry and the economy.

“We understand the government has been trying to deal with the importation of duty free sugar from Comesa areas by acquiring and implementing the safeguards. But this has not stopped cheap sugar from being ferried to our market through some other channels. It is a challenge that has made it almost impossible for our local industries to mature and become stable,” says Wamang’oli.

More than twice, Comesa has granted Kenya sugar safeguards to protect the local industries that are yet to mature and be able to completive effectively against the global market players.

The extension of safeguard period is, however, set to expire on 28th February 2017, after which there may be no more extension of sugar import limits for Kenya, potentially exposing the local millers to influx of cheap sugar.

And who said privatisation of state-owned companies will bring the much needed turn-around in the sugar companies?

Privatisation is one of the conditions that have been set by Comesa in exchange for the extension of Kenya’s sugar safeguard period, a condition that Wamang’oli is completely against.

“We need to start by asking ourselves, what value will we be adding if the factories are privatised?” he poses. “If you want to sell a cow that produces good milk, then you must also know that there will be no more milk for you to sell.”

Instead, the Nzoia board chairman prefers partnership to privatisation, citing Mumias Sugar Company as a cautionary tale of what can still go awfully wrong when a state-owned company is privatised.

“Let’s look at the direction of partnership. What we need is someone who has money to comes in and take a stake in the company’s share, let’s say 50 per cent, then work together to grow the business,” he recommends.

What Traditional African Banks Can do to Stay Relevant