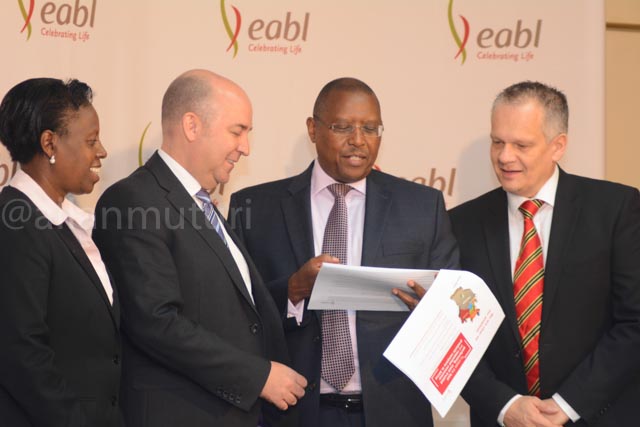 The demand for spirits continue to challenge the supremacy of beer in the Kenyan market.

According to the East African Breweries Limited (EABL), East Africa’s leading brewer, sales from its beer market dropped by 13 per cent in the year ended December 2016. Spirits on the other, hand continue to maintain a steady growth with premium brands such as Tusker and Guinness, recording 13 per cent decline in sales. Ready to drink brands also recorded an 11 per cent drop while mainstream beers such as Tusker and Bell declining by seven per cent in the period under review.

In comparison, EABL’s mainstream spirits such as Kane Extra and Kenya Cane recorded double digit growth in sales at 31 per cent. Cîroc and Singleton, the brewers reserve spirit brands recorded seven per cent increase in sales which according to Mr Cowan was as a result of enhanced distribution and marketing. The emerging spirit brands also recorded eight per cent increase.

According to Andrew Cowan, EABL Group Managing Director and CEO Kenyans are increasingly trading beer for spirits as a result of excise-led price increase for beer that has made beer expensive for most.
“There has been four major excise duty increase affecting bottled beer volumes in the last five years, with the most aggressive one- 43 per cent rise in duty, taking effect in December 2015,” said Mr Cowan during the announcement of the brewers half year results on Friday.

Recently, players in the industry have engaged aggressively in marketing campaigns aimed at boosting sales among the young population. The focus has been so far on packaging that appeal on younger generation. EABL has previously launched their Tusker lite and Tusker Malt lager in slimmer bottles hoping to attract the younger generation.

Overall, the firm reported flat net sales in Kenya while Uganda reported a seven per cent increase in net sales contributing 17 per cent of the net sales. Tanzania on the other hand experienced a seven per cent decline. This was despite, reporting a double digit growth in the Pilsner brand and a triple digit growth in its reserve spirits. EABL’s Sudan market, also went down six per cent.
As a result total sales declined by six per cent to KSh32.1 billion with the company’s gross profit dropping by five per cent.
EABL’s operating margin, a margin ratio used to measure a company’s pricing strategy and operating efficiency, improved to 27 per cent from 25 per cent.

The company has also retained its dividend at Ksh2 per share.