The study notes that in 2017, Uganda has 62 per cent volume of mobile money transactions as compared to Tanzania and Kenya, which had 52 and 47 per cent, respectively. 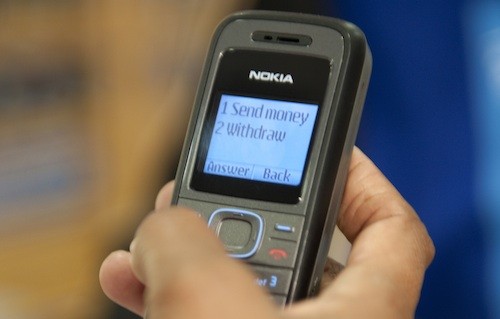 Uganda has overtaken Kenya as the country which has a high volume of mobile money transactions; this is according to a survey by the International Monetary Foundation (IMF).

The study notes that in 2017, Uganda had 62 per cent volume of mobile money transactions as compared to Tanzania and Kenya, which had 52 and 47 per cent, respectively.

However, four years prior to that the volume of mobile money transactions for Kenya, Tanzania and Uganda were 44 percent, 51 percent and 35 per cent, respectively.

In other parts of the world, Sub-Saharan Africa (SSA) comes first slightly under 600 mobile money accounts, followed by South Asia which had almost 450.

The IMF report echoes a similar one by former Governor of Central Bank of Kenya on what would happen if mobile money transactions would be taxed.

From East, South to North Africa, mobile money transactions have played a huge role in how people are paying for their goods and services.

According to a research paper published in August titled “Taxing Mobile Phone Transactions in Africa”, authored by the former governor of Central Bank of Kenya (CBK), Professor Njuguna Ndung’u, there is no doubt that those countries in the retail sector whose consumers pay for their purchases via electronic platforms have reaped huge profits.

An example of the Democratic Republic of Congo (DRC), which earned over $ 352 million four years ago from the sector.

Mobile money, observes the Global Findex report, has promoted financial inclusivity by allowing at least over 60 per cent of people in the world to have their own virtual money services. It notes that in 2017, there were 78 per cent of Kenyans who owned a mobile money account, and who were above the age of 15 years.

In Kenya, more people at the bottom of the pyramid use mobile money transactions as compared to the few at the top, who are likely to prefer Real-Time Gross Settlements (RTGS) forms of electronic payments, such as plastic cards. According to the Taxing Mobile Phone Transactions in Africa report, the value of electronic payments rose from over Kshs 20 trillion in 2010, to over Kshs 35 trillion in 2017.

The report traces the onset of taxing mobile money transactions in Kenya, beginning from 2003 to 2018. The last one, enacted last year through the Finance Act, saw the tax base for mobile phone transactions, being increased to 12 percent, up from ten percent.

It observes that taxation emanating from mobile money financial transactions are negligible, at less than one percent of the total tax revenue that Kenya collects.

Citing statistics from the Kenya Tax Authority, the report notes that in the third quarter of 2016, Kenya was able to collect Kshs 200 million from over 50,000 number of transactions.

Unlike countries like Zimbambwe, where the need for the populace to hold cash is great and thus affecting how Federal Reserve controls the supply of money, in Kenya, virtual money through mobile money transactions has meant that Central Bank of Kenya, the regulator, has not had to exert much control of money supply.

“ Rather than increase the tax base, taxation of mobile money and financial transactions is likely to have a negative impact on people on consumers at the bottom of the pyramid who have to pay an additional cost of tax, who may consequently be forced to revert to cash transactions as they do cannot be able to afford it,” explains the report.

Furthermore, it will tend to adversely affect the gains that have been made with regards to financial inclusion in countries like Kenya.  With mobile money, the need for cash transactions has been technically reduced to nil, argues the report.

While there is a logical reason for the government to tax the mobile money sector so as to earn a revenue, there is a need to ensure that those who make use of mobile money transactions, both in the formal and informal sectors, are stopped from reverting to cash-based transactions.

While the benefits of mobile phone transactions have been undisputably big, they nevertheless cast light on the untitled balance for those people who continue to pay for cash transactions, states the report.

Because of mobile money transactions, Kenya is one among the countries in the world that are recognised as “cashless economies”. Others include Tanzania, Cote d’Ivoire, South Africa and developed countries like Sweden and Norway.

For one, it could mean that people may not be able to use airtime anymore, yet it is required for mobile money financial transactions. The paper, therefore, proposes that the country can perhaps levy a tax of between 5 percent for mobile phones and banks, seven percent down from the current 12 per cent tax.

East African rice farmers to benefit from US$3 million grant