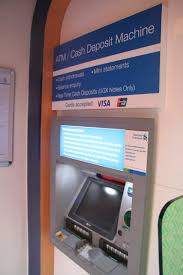 The survey, which obtained feedback from over 15 thousand respondents, further notes that the need for human interface in customer service diminished significantly in 2020 compared to 2019, with 43 percent of respondents expressing preference for mobile and Internet banking channels. Only 16 percent of the survey respondents reported the need to visit their bank branches or contact call centers to transact or obtain customer support.

“Most age groups surveyed reported preference for automated services while interacting with banks, with the exception respondents above 70 years, who indicated their preference for human-assisted services to access banking solutions,” it indicates, adding that while mobile banking was the most preferred digital banking channel, older customers (56 years old and above) represented the highest share of ATM and bank branch users.

Most respondents said they had a good experience with mobile banking applications, singling out effective aesthetics. More than 70 percent of the respondents that mentioned feature characteristics cited convenience and efficiency as their main features of interest, with ease of usage and friendliness of user interface being the other critical factors. In addition, respondents based their preference on security, highlighting log-in security as a major feature that influenced their use of the platforms.

Speaking during a virtual release of the survey findings, KBA Chief Executive Officer Dr. Habil Olaka noted that banks had to re-orient and re-frame their customer offerings in line with the requirements of the new COVID-19 context or what has become known as the “new normal”, adding that investment in Digital Banking services across the sector was a game changer.

“Besides making banking premises safe for customers, banks had to consciously encourage other, contactless forms of interaction, as much as possible. Most importantly, banks, under the leadership of the Central Bank of Kenya and the Kenya Bankers Association, instituted a number of measures to cushion customers against the adverse effects of the pandemic. These included restructuring of loans in excess of Ksh 1 trillion and removal of charges on transactions, besides heightening surveillance against fraud,” he said.