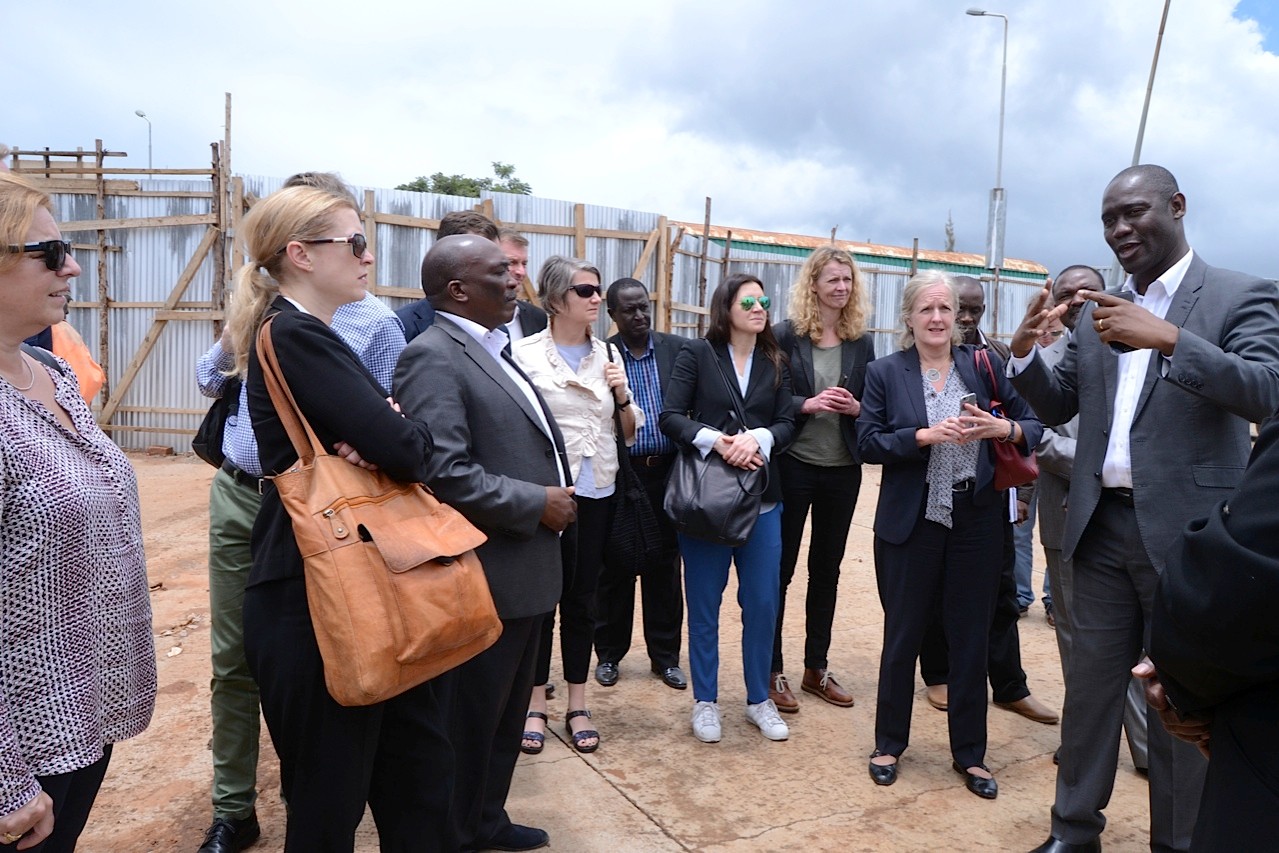 A Swedish delegation led by the Director General for Trade in the Swedish Ministry Foreign Affairs, Ms Karin Olofsdotter, and the Director General for International Development Cooperation, Johannes Oljelund and the Swedish Ambassador to Tanzania, H.E Katarina Rangnitt visited the Tunduma One Stop Border Post (OSBP) currently under construction. The border lies between Tanzania and Zambia. The visit was organised by the Swedish Embassy in Tanzania in collaboration with TradeMark East Africa (TMEA).

The visit provided an opportunity to assess the impact of different trade facilitation initiatives being supported by the Swedish government and other development agencies aimed at improving the lives of Tanzanians by strengthening the business environment. TMEA is providing funding to the Government of Tanzania through the Tanzania Revenue Authority (TRA) for the construction of the Tunduma OSBP and is working with border agencies in Tanzania and Zambia to set up mechanisms for integrated border management and harmonization of customs procedures. This aims to reduce waiting times at the border post by 30 per cent  within 18 months.

Congestion at Tunduma, the busiest border in Tanzania in terms of volume of cargo, makes Dar es Salaam Port unattractive to importers in East and Central African countries. Transit cargo traffic represents about one third of total cargo handled by Dar es Salaam but this could drop if urgent action to decongest the border town is not taken. Deficiencies in the existing regulation, management and administration and the poor state of physical facilities at the border also contribute to the congestion.

It takes 45 days (to and fro to deliver goods to Zambia, 15 of which are spent at Tunduma. 80 per cent of all transit containers destined to Burundi, DRC, Rwanda, Uganda and Zambia are charged demurrage by shipping liners for the delay to bring empty containers to the Dar es Salaam Port. The demurrage charges are estimated to cost the Tanzanian economy about $10million annually.

TMEA and its partners have worked very successfully to reduce the costs of transport across East Africa, which has reduced the costs of imports and increased commerce and government revenues.

In his speech, TradeMark East Africa Country Director, Mr. John Ulanga remarked ‘’the support being provided by Sweden in supporting trade facilitation  in areas of standards harmonisation and support to cross-border women traders is  vital promoting cross-border trade and reducing poverty in Tanzania”.

The Director-General of TMEA David Stanton noted that TMEA in conjunction with Sweden and other development partners will replicate the success of other one-stop border posts in the region. He added that TMEA will work with the government especially to improve the treatment of women cross-border traders so they can trade without hindrance, and generate greater incomes for their families. Tanzanian women traders interviewed by the Swedish delegation were trading in Zambia and DRC.

Sweden has a long tradition of generous and ambitious development aid.

“Delivery of these trade facilitation projects including the construction of the Tunduma OSBP is expected to promote cross border trade which is vital for the many women cross border traders working in Southern Tanzania. A key outcome of these projects is increased Incomes, creation of jobs and sustained livelihoods for the people of Tanzania” Karin Olofsdotter, the Director General for Trade noted

Earlier in the day the Directors General and the delegation paid a courtesy call to the Mbeya Regional Commissioner, Mr Amos Makalla. Ms Makalla briefed the delegation on the economy in Mbeya and key development projects undertaken in collaboration with development partners, including Sweden. The delegation noted with satisfaction the impact they have had in building small business and improving the welfare of clients.

Sweden through Financial Sector Deepening Tanzania (FSDT) has supported The National Microfinance Bank (NMB) to develop a mobile banking service which has made it less costly for traders especially women in rural areas to gain access to financial services.