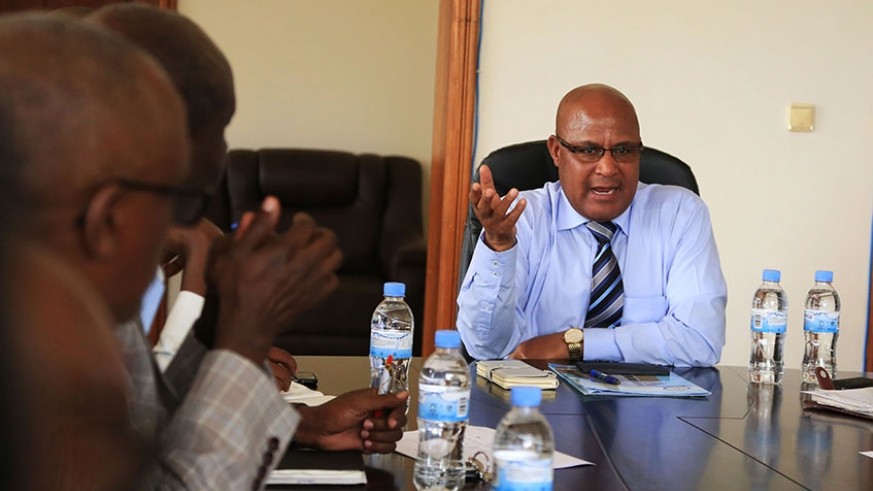 Rwandan businesses who operate in Tanzania are optimistic of improved trade flow between the two countries after Tanzania promised to relax some of the Non-Tariff Barriers (NTBs) that were making business difficult for them.

Tanzanian businesses operating in Rwanda include Azam Industries, Bakhresa, Azam Media, among others, while Rwandan companies like Sulfo Rwanda, and Pharmalab, have set foot in Tanzania.

In a meeting held yesterday at the Tanzanian Embassy between Rwandan business leaders and the Tanzanian High Commissioner to Rwanda, Ernest Jumbe Mangu, issues related to opening and registering businesses in Tanzania, as well as carrying out trade in the country, were raised.

Non-tariff barriers faced by foreign businessmen in Tanzania include, among others, the difficulty in opening bank accounts in the country.

Rwandan businesses told the Tanzanian envoy that while they are carrying out trade in Tanzania, they have to find a Tanzanian to open an account for them to use.

Amb. Mangu promised the Rwandan business community that by the end of the year, most of the issues will have been fixed.

The envoy said that the Tanzanian government was working on removing the barriers which impede business transactions for both Tanzanians and foreigners,

“I am sure overtime those barriers will be relaxed. You know previously the volume of business between Rwanda and Tanzania was very small, and so it was not easy to become aware of those barriers. But, currently, as business volume between the two countries is increasing, we are realising that there are some barriers which the Government of Tanzania needs to address,” he said.

For the envoy, there are many opportunities in Tanzania that Rwandans can tap into and believes that the trade volume between the two will increase exponentially over the years.

“Tanzania has so many industries which are producing products of different categories, which can be sold here in Rwanda. And, again, we have the Dar-es-Salaam port which we wish to invite Rwandans to keep using,” he said.

Geoffrey Kamanzi, the Director of Trade and Business Involvement, at the Rwanda Private Sector Federation, said that the commitment of Tanzania’s envoy to removing or relaxing the barriers was a good move for Rwandan businesses.