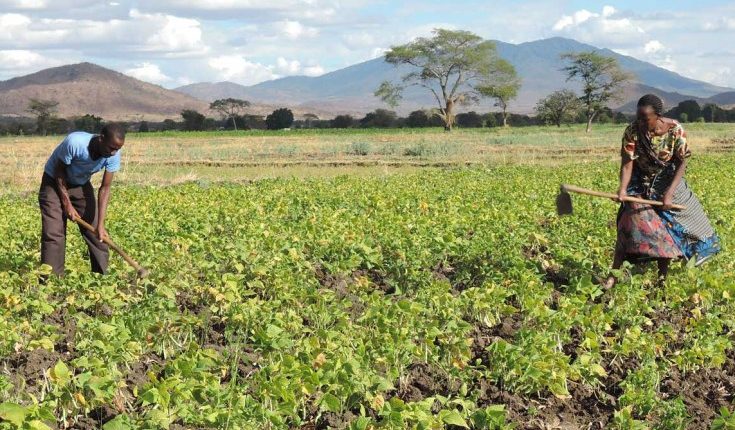 Farmers in Tanzania have benefited from rapid transformation with financial support from the African Development Fund to a national agricultural bank program. With the support, paddy rice farmers are reaping the benefits of improved access to farm inputs, including the supply of quality seeds and technology.

“Nothing beats the power of a skilled, knowledgeable farmer who is equipped with the right information at the right time in the right season,” said Noelah Bomani-Ntukamazina, the Learning and Talent Development Manager at the Tanzania Agricultural Development Bank.

Chauru Agricultural and Marketing Cooperative Societies was among the many companies that mechanized its operations. The cooperative acquired two tractors and some 30 tonnes of improved paddy seeds after receiving loans of around $350,000 from the Tanzania Agricultural Development Bank. Chauru also purchased 270 tonnes of fertilizers to expand its rice paddy acreage.

“We were struggling with low yields and low income from farming paddy at this (Chauru) scheme. Being a smallholder trying to make ends meet for our families, the loan sharks left us in deep debt. But that is now expected to change,” said Rukia Mbangwi, a member of Chauru.

Maimu said the company purchased new machinery and soil testing equipment with a loan of $103,509, and increased its range of products to include calcium nutrients for animal feed supplements. Work is also underway to increase the number of fertilizer production plants.

Samson Mwembe, the farm manager at Mombo Irrigation Scheme in Tanga, on the northern coast of Tanzania, said it bought three combine harvesters, two tractors and two paddy milling machines with its $175,124 funding. This enabled the 429 farmers enrolled on the 220 hectares scheme to expand production.

“Before this support, we were using traditional harvesting methods which were slow and led to wastage of paddy due to delays in harvesting because paddy is not supposed to last 14 days after maturity. But with the combine harvester, we do timely harvesting and the yields are fully collected. After harvesting, we used to sell paddy but now, with the milling machine, our farmers are trading at a better price,” Mwembe said.

During the 2018 season, the Tanzania Agricultural Development Bank disbursed loans worth $4.6 million to facilitate the procurement of pesticides to over 400,000 cotton farmers in 17 regions, leading to a bumper harvest of 221,000 tonnes, which was a 67% increase on the previous year’s harvest.

At least 55 tractors were purchased to support cotton farmers. The Tanzania Agricultural Development Bank is also collaborating with the Cotton Board and the National Development Cooperation (the suppliers of the tractors) to raise the productivity of the cotton-growing regions through increased mechanization.

Furthermore, the expansion of irrigation projects covering the out-grower zones in six regions in Tanzania was enhanced with a loan of $5 million, which enabled the out-growers to expand their irrigation schemes to reach more acreage under agricultural production.

Meanwhile, 19 agro-processing industries in 16 regions across the country received $45 million in credit to accelerate agro-processing, and are expected to significantly contribute to the achievement of the country’s industrialization targets, set out in Tanzania’s Development Vision 2025.

The African Development Bank views agriculture as a key sector. Jacob Oduor, Officer in Charge of the Bank’s Tanzania office, explained the massive investments in the country’s agriculture sector: “Investing in agriculture allows the sector to transform subsistence farmers into agri-business owners, and is a sure way of supporting the country’s aspirations for more inclusive growth.”

Malware attacks in Africa are increasing, reaching 85 million in only 6 months