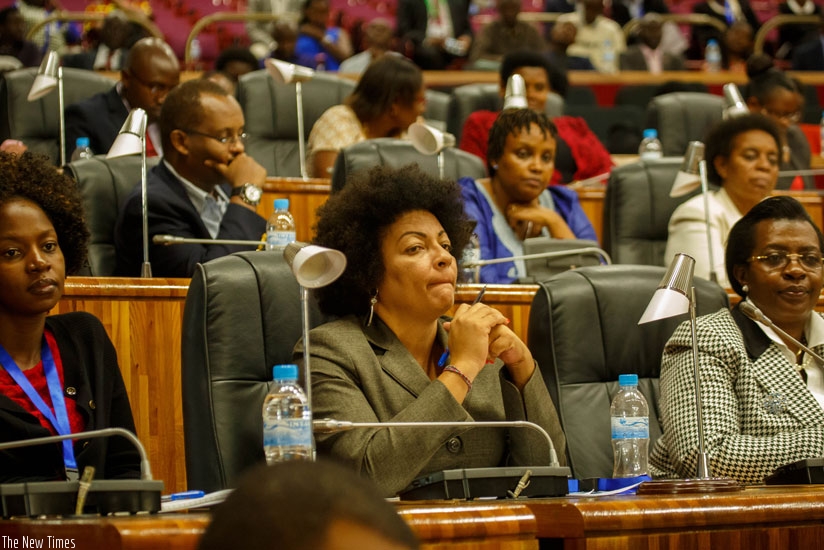 Explicit condemnation of the assassinations, extrajudicial and arbitrary killings; use of inciting and incendiary language; and inordinate use of force by the Police, security officials and members of the Imbonerakure (the militia associated with the ruling CNDD-FDD Political Party).

EALA to hold a Public Hearing, in a safe place, that would enable Burundian and East African citizens to testify to the occurrences in Burundi, and make proposals for resolution of the crises. The EALA has been asked to undertake an urgent fact-finding Mission into Burundi.

Also to unequivocally tell the EAC Summit (of Heads of State and Government) that Burundi cannot and will not assume the rotating Chairmanship of the Summit of the EAC, until resolution of the political, human rights and humanitarian crisis in Burundi.

The EALA has also been requested to seek out the African Union (AU) for robust leadership in intervention and mediation in the political, human rights and humanitarian crisis in Burundi, especially   because the AU has a more comprehensive and far-reaching legal and institutional framework for intervention than the EAC currently has.

In particular, EALA to call upon the Chairperson of the Assembly of Heads of State and Government of the AU to take concrete steps towards preventing Burundi from descending into Genocide or mass atrocities, including: – Activating the sanctions regime of the African Union  as well as enhancing the numbers and capacity of the Human Rights Monitors and Military Monitors deployed to Burundi.

Should the above measures not bear fruit within the next one  month, the House to call for suspension of the Burundi Government from both the EAC and the AU

RACR is set to establish the facts of humanitarian atrocities as reported in the petition and to make recommendations to the House during the next Sitting scheduled to commence on January 24th, 2016 in Arusha, Tanzania.

The Pan African Lawyers Union (PALU) is a continental membership forum for African lawyers and lawyers’ associations. Their vision is to see a united, just and prosperous Africa, built on the rule of law and good governance. And the mission is to advance the law and the legal profession, rule of law, good governance, human and peoples’ rights and socio-economic development of the African continent.