Intrigues of a growing economy with a shrinking job market

Kenya’s unemployment rate is at 40 percent yet approximately 50,000 graduates are released to the job market every year 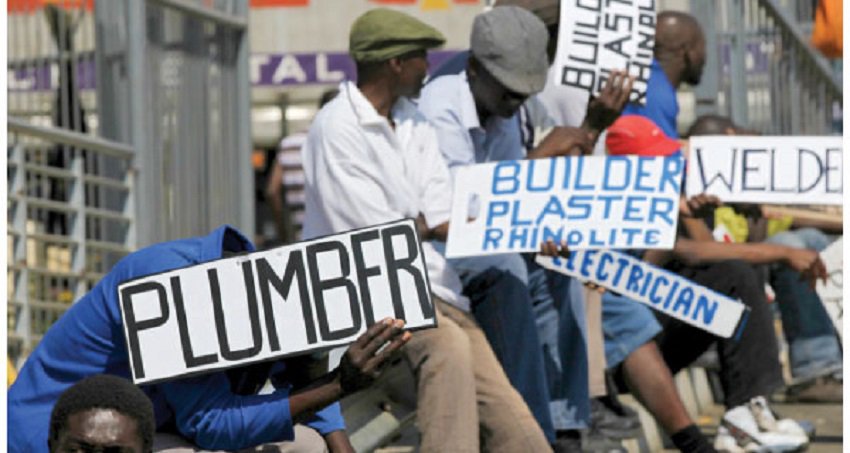 Kenya is on a major economic transformation, boosted by the agricultural, manufacturing and entrepreneurial sectors- which are expected to be driven by the youth.

With their great ideas, energy and commitment, the youth are increasingly determining the direction and pace the economy will take in the coming years. But there is a big challenge ahead as most of them find themselves without jobs.

Unlike other developing regions, sub-Saharan Africa’s population is becoming more youthful due to the high fertility rate underlying the demographic momentum. Africa now has a youthful population that accounts for almost 45 per cent of the total labor force.

In Kenya, for instance, statistics indicate that approximately 800,000 young people enter the labor market every year, a majority of which are below 35 years old and unemployed.

The latest Kenya National Bureau of Statistics (KNBS) report reveal that millions of Kenyans still remain jobless since President Uhuru Kenyatta assumed power in 2013, this despite the ‘booming’ and ‘robust’ economy statistics. According to KNBS, only 1.8 million jobs have been created in the last six years.

In 2016, 1.44 million unemployed Kenyans formed part of the 19.31 million working-age population, while 5.64 million of the same population was inactive due to school and family responsibilities.

But as much as unemployment is a challenge, it has opened opportunities for various stakeholders to roll up their sleeves and face the challenges. Transition to devolved system of governance has opened up new sectors of the economy and increased economic activities, creating an impact in the job market.

The amendment of procurement rules in 2013 to reserve 30 per cent of public contracts for the youth, women and persons with disability, establishment of the Access to Government Procurement Opportunities initiative to facilitate enterprises owned by the youth, women and persons with disability to participate in government procurement as well as setting up of Uwezo Fund are some of the avenues through which youth have gained meaningful engagement.

Reviving agriculture remains Kenya’s main pathway to fighting poverty. Other real gains come from increased productivity in the Jua Kali sector, which comprises 90 per cent of all businesses in the country and contributes to 3 per cent of Kenya’s Gross Domestic Product.

The Jua Kali Sector employs more than 14 million people, translating to 83.4 percent of the total jobs in the country.

For the Industry Stakeholders, there is need to bring in complementary skills and competencies that enhance productivity of the Kenyan youth.

One of the key postulations being advanced is that of forging and strengthening linkages between the informal sector and the private sector in an effort to support the youth.

This is based on the fact that the impact of a stronger private sector and economic growth on youth employment requires intelligent policies based on a sound understanding of the issues that subject them to decent employment opportunities.

The private sector not only provides the much needed funding for the various projects, it also brings business acuity and project management skills. Big corporates are realizing this gap.

Kenya Commercial Bank (KCB) Group, for instance, prides itself as a pacesetter when it comes to investment in youth initiatives. Through their social investment arm, KCB Foundation, the bank in 2016 initiated a Sh50 billion 2Jiajiri program, which has so far benefitted at least 500,000 youths and creating 2.5 million direct and indirect jobs in a period of five years, potentially opening up new possibilities for small and informal businesses to thrive.

The program, which also encompasses a business challenge for start-ups, has also enabled young entrepreneurs to submit their business ideas for funding in order to boost their productivity, through the introduction of “KCB Lions’ Den”.

In 2018, a project dubbed ‘Informal Sector Skills and Occupation Survey (ISSOS) 2018 was launched spearheaded by the Ministry of Labor and Social Protection and the Department for Public Service and Youth Affairs, the National Industrial Training Authority (NITA) and Micro and Small Enterprises Authority in the Ministry of Industrialization.

The agenda was to enable gathering of data from selected businesses and households, to enable government respond to the needs of job creation with initiatives to help launch new business and improve the productivity and job creation among the youth.

Despite the launch, the equivalence of the job market share is not proportional to the released number of graduates per year, rendering almost 60 per cent of Kenyans jobless.

During the release of the of the 2017-2018 economic survey report, it was noted the job market is under siege. Most people lost their jobs in the private formal sectors while the public sector recorded the least employability.

According to Jacqueline Mugo, who is the Executive Director of the Federation of Kenya Employers, the employment sector is making great strides in improving the condition of workers in Kenya when compared to other countries in the region.

However, there are notes that the national government should take in order to curb the rate at which unemployment occurs and improve the status by which the employed operate, in order to ensure a stable and competitive labor market.

“We need to address the shrinking formal sector which has shrunk to 16 per cent of employment, creation of decent jobs outside the election related jobs which were temporary in 2017.” Mugo says.

The economy created around 100,000 formal jobs, against the 1.2 million new job seekers entering the job market. In the same period, 790,000 jobs were created in the informal sector.

“For the country to achieve its big action plan, we need to change the structure of employment in the country. We not only have high unemployment situation in Kenya estimated at 40 per cent (by the UN Human Capital Index 2018), we also have very high level of informality,” Mugo says.

“We need to help transform unemployment in the informal sector into decent informal jobs. This will ensure that the 14 Million informal workers, which is 84 percent, get adequate income to support their livelihoods and also the social protection measures proposed by the Big Four Agenda.”

In 2017, the job market saw a lot of redundancies and job losses in the private sector, occasioned by the stresses the economy went through. According to the Executive Director, any increase in the cost of doing business in Kenya caused due to high labor cost endangers jobs.

She says the labor force however should strengthen up and avoid the loose ends by creating a united forum for both those employed in the formal and informal sectors and to develop policies that protect the interest of the workers.

“The spirit of tri-partism which is the bedrock of labor relations is under siege today. The trust and social dialogue that is vital to the smooth functioning of employment and labor relations is also being eroded.” Mugo laments.