The king of electronics 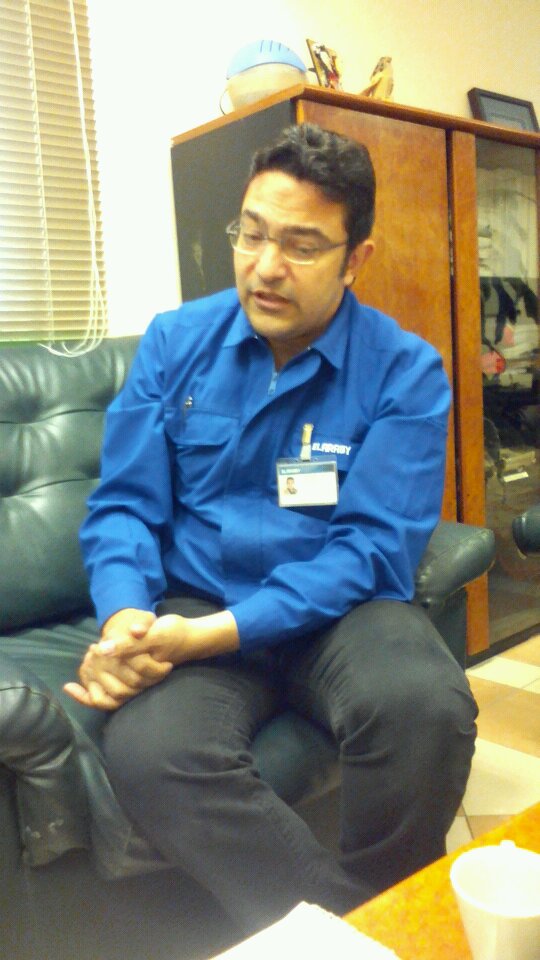 According to Mohammad Abd El-Gayed Elaraby , son of the late Ibrahim Elaraby and the Company’s Chief Operations Officer (COO), El-Araby Group started as a hardware store in El-Mosky district, the oldest commercial square in Cairo, by selling school supplies and children toys with an initial investment capital of about EGP 4,000 (US$ 40).

“The three brothers were buying and re-selling the products, but later decided to set up a factory so as to produce and add value on their products,” says the COO.

And must like many start-ups, it wasn’t easy getting the business off the ground. Also, the transition from being employees to business owners was not smooth.

“Previously, my father and the two uncles worked in shops in the city. They were used to monthly salaries. Forgoing the salaries was not an easy decision to make, as they were not sure whether the business venture will succeed,” says El-Gayed Elaraby.

Secondly, raising funds to launch the products, testing the products in the market, getting the right employees, and finding investors for the business became more challenging than they initially thought.

The three, El-Gayed Elaraby recalls, approached a number of investors for funds to be able to boost operations at the company.

“They also tried banks and many other financial avenues. They did not have anything to show them and that made it even more difficult,” says El-Gayed Elaraby.

Finally, two investment groups, which he did not mention for confidentiality reason, agreed to invest with the company EGP 950,000 (US$ 104,500) to jump start its operations, and that is how El-Araby Group hit the market.

Today, El-Araby Group is one of the biggest and fastest growing industrial and commercial corporations in Africa and Middle East with over 23,000 employees, a significant rise from 2000 employees in March 2000, in various fields.

The company intends to hire 1,000 more employees by September 2017.

“Our main drive is not money but the number of employees working with us. The more employees we have, the more people we will be able to serve and that’s our pride, “says El-Gayed Elaraby.

They manufacture and sell electronic products such as TVs and audio systems, air conditioners, laptops, refrigerators, watches and lighting systems.

The COO notes that the humble origin of El-Araby Group is a continuous source of pride and aspiration to the younger generation of ELARABY family as it represents the rewards of perseverance, patience, and persistence for almost half a century.

“It also reminds us of the goodness and grace that the almighty has bestowed on us as through him, the group has continued to expand its commercial activities and grow into an industrial powerhouse in collaboration with the most prominent Japanese and international corporations,” says the COO.

He believes the secret behind the company’s tremendous success is their commitment to the aspiring values of their religion, and their persistence on holding on to such ethical values in all their operations.

“The rules of ethical commercial transaction, which were enshrined by the founders, have become a stamp and seal of the Group, and have influenced the behaviour of each and every member of ELARABY team,” says the COO.

Though the company hasn’t witnessed any significant loss in the recent past, El-Gayed Elaraby says business is not at its best shape as the country’s economy is still in doldrums due to the unrest that followed the 2011 uprising.

For instance, the country’s foreign currency reserves have fallen to US$ 16.4 billion, down from US$ 36 billion in 2010 and the Central Bank is losing a foreign currency battle against black market traders, even after it had devalued the national currency, the pound, by almost 30 per cent earlier this year.

“We cannot get dollars for our deals from banks. We have to obtain them on the black market at higher rates. This is reflected in the prices of goods we import and sell in the local market,” says the COO.

The government has, however, started putting in measures aimed at recovering the economy. El-Gayed Elaraby says they can only hope that these efforts will bear fruits in the short term.

Though the Group’s products are readily accessible in retail outlets in Egypt and Middle East, they are also planning to open shops in the east Africa region, starting with Sudan before the end of 2016.

The leading private university in Uganda