The Scope of Oil and Gas sector in East Africa

Region’s challenging operating environment, coupled with a lack of transparency in the resources sector, regulatory uncertainty and policy instability, and an ongoing infrastructure deficit, contribute to the deterioration of investment in the Oil and Gas Sector 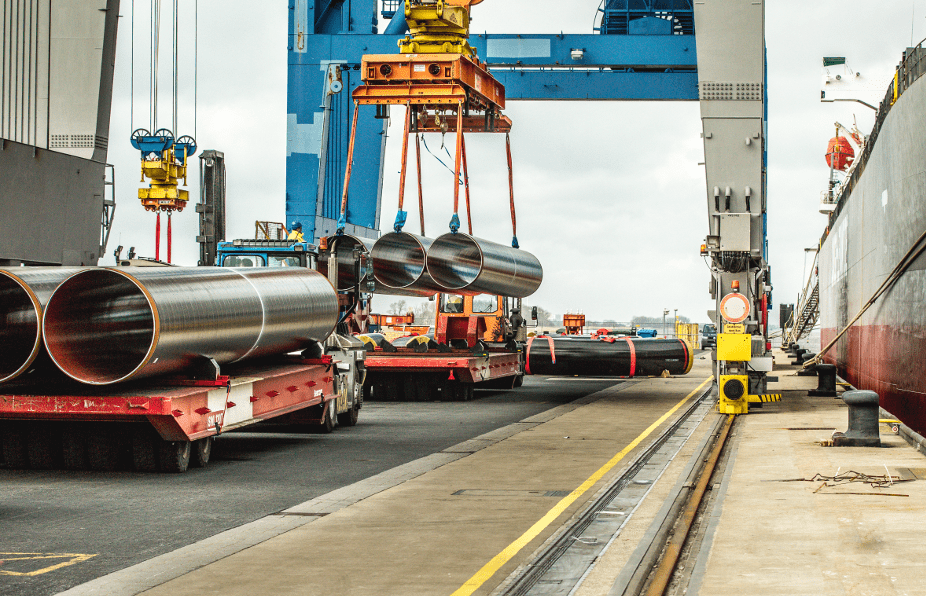 As the cost of refined oil and gas products to consumers is expected to decrease, the effects of the growth is well expected to lead to a regionally integrated ecosystem for oil production, natural gas supply and distribution.

According to Maina Kagundu, who is the East Africa Head of oil gas at Standard Bank, East Africa has been importing refined products. This bulk has been entered through Mombasa in Kenya and Dar es Salaam in Tanzania. From this ports, it has made its way through fuel trucks and pipeline to other parts and countries of East Africa.

“The foreign exchange burden of importing and distributing refined oil and gas products will address regional balance of payments challenges while liberating much needed foreign exchange for more strategic human developments.” He says.

As quoted through Oil Review Africa, Mr. Kigundu says the region spends at least US $5 billion a year importing refined products. This attracts the need for East Africa governments to build an integrated oil and gas infrastructure capable of reducing the regions refined product imports dependence as well as managing and distributing these imports more efficiently.

Players in the sector must also be mindful of disruptors likely to change the industry. These include rising global demand for liquefied natural gas; the growing prominence of renewables, which could have far-reaching implications; and the potential of the ongoing United States and China trade dispute to disrupt global trade, oil markets and supply chains.

How the East African oil industry is evolving

By virtue of the small size of its proved reserves− reserves that have yet to begin being sold in the market− oil discoveries in East Africa are not significant on the global map.

However, South Sudan, Kenya and Uganda are the only East Africa countries with proved oil reserves. For scale, these region’s 10.754 billion barrels amount to 22.23 per cent of Libya’s endowment and a mere 0.63 per cent of all the approved reserves in the world.

As the region’s newest oil producer, Tanzania has the fastest-growing economy among its oil and gas-producing peers in the region and the second-largest natural gas resources. While production is low, the discovery of new offshore fields has the potential to transform the economy. Its closer location to Asian markets gives Tanzania a geographical edge over peers, although exports of liquefied natural gas based on a planned onshore export facility have been delayed for at least five years.

Discoveries in 2006 proved that Uganda has the fifth-largest oil resources in the region and new exploration licenses are being awarded. Production is expected to start in 2021 and the construction of a pipeline from Hoima (Uganda) to Tanga (Tanzania) already began in 2018.

Kenya may be sitting on more oil than previously believed. Following the discovery at Ngamia 1, Turkana, the Canadian energy group Africa Oil added 150 million more barrels of oil to its reserves in the Lokichar Basin in the country’s north—24% more than earlier estimated.

The updated figure follows the March discovery of “an active petroleum system with significant oil generation” in Kerio Valley, also in Northern Kenya, by British energy group Tullow Oil. Tullow and Africa Oil have been exploring the basin, believed to have as much as 1 billion barrels of oil, which could make Kenya an oil exporter in the future.

But that’s not likely to happen soon, since Kenya lacks the infrastructure to produce and export oil at scale. The Lokichar Basin is in a remote part of the country, about 850 km (528 miles) from the most likely port of export, in Lamu. A deal to share the costs with Uganda of building a 1,500-km cross-border pipeline to Lamu was recently canceled, leaving Kenya to shoulder the estimated $4.5 billion expense on its own.

Kenya’s discovered reserves put it just ahead of Uzbekistan in the global rankings. But even with low oil prices, the potential revenue from monetizing Kenya’s reserves could be substantial. At peak production, fiscal revenues would be about $9 billion a year (paywall), or 16% of Kenya’s GDP, according to Apurva Sanghi and Harun Onder of the World Bank. That’s enough to pay for the standard-gauge railway being constructed between Nairobi and the port city of Mombasa, another important infrastructure project for the country.

South Sudan is the most oil-dependent country in the world, with oil accounting for almost the totality of exports, and around 60% of its gross domestic product (GDP). The Revitalized Agreement on the Resolution of the Conflict in South Sudan (R-ARCISS), signed by the government, the opposition and civil society on September 12, 2018 in Addis Ababa is seen as a fresh opportunity for South Sudanese to build durable peace in the country. As a result, the government expects to resume full oil production of 350,000 barrels per day by mid-2019, as production has recently been restarted in the five oil fields that have been shut down since the conflict started in December 2013. Furthermore, South Sudan and Sudan have reached a new deal on oil transit fees whereby South Sudan will pay $4 per barrel, down from $9.1 per barrel under the terms of an agreement signed in September 2012 when international oil prices were very high.

The Institute of Certified Public Accounts of Kenya (ICPAK) reported in August last year that East Africa Region is becoming a key player on the world oil and gas scene.

According to Reshmah Shah, the Head of Business Services and external Affairs, it is expected that more than $ US 100 billion will be invested in the region in the next 15 years. Citing the risks, the report pointed concerns on the need to improve security, long life cycle and long investment period, increase significant investment, specialist equipment required, broad base of manpower input required and widened goods and services, broad stakeholder base.

Deloitte Insights however, have come to the rescue of investors pointing out the blockers to the success of oil and gas exploration in East Africa. Through their report; Africa Oil and Gas State of Play, East Africa continues to boast of a boundless line-up of potential opportunities, particularly in the oil and gas sector.

However, citing complex set and system of regulations and policy environment, Mr. Andrew Lane, a Director and Africa Energy, Resources and Industrial Leader at Deloitte notes that regulatory uncertainty is one of the greatest challenges facing players in the hydrocarbon space in East Africa. While challenging physical environments, alongside geopolitical and financial barriers to resources are notable concerns in the global oil and gas sector, regulation and policy dealing with the issuing, maintenance and royalties of oil and gas rights can pose the biggest practical and challenges as risks.

In July 2017, Tanzanian parliament passed the Natural Wealth and Resources (Permanent Sovereignty) Act and the Natural Wealth and Resources Contracts (Review and Re-negotiation of Unconscionable Terms) Act, allowing the government to renegotiate or dissolve contracts with mining and energy companies. This led to the Insecure Contract Terms, the expanded role of the State and regulatory uncertainty undermine investor confidence which resulted to the delay of the (Liquefied Natural Gas) LNG export facility.

In his review, Mr. Anton Botes, the Africa Oil and Gas Leader notes that East Africa is infested by corrupt individuals who fight for their interest despite the set-up standards and regulations. Transparency is as fading away as investors are, highlighting that some countries in East Africa including Kenya have been the worst performing region on Transparency International’s Corruption Perceptions Index (CPI).

This continues to have a detrimental effect on investment, particularly in industries with other destination options available with less corruption.

The Extractive Industries Transparency Initiative (EITI), a global standard for the good governance of mineral resources, oil and gas and which adopts 24 countries in Africa with Transparency International noted that it’s 2017 CPI points to a more hopeful future for East Africa. Through their findings, countries as Rwanda and Tanzania in East Africa have shown that corruption is manageable.

As an emerging and concern, the oil and gas market disputes too are on the limelight. The disputes between US and China has the potential to alter how global energy trade and related supply chains function. This disruption poses a risk to trade, economic growth and to the oil market.

The East African Oil and Gas market is at stake with fears that the trade may burgeon into a full-blown trade war between US and China, or dispute into Skirmishes to appease political bases.  This however is considered a concern for the investors requiring them to be cognizant of the risks, therefore planning for several outcomes, given the possible disruption to oil markets and related supply.

State of affairs in Uganda’s promising oil and gas sector