Theresa May announces her resignation

Prime minister to leave on 7 June, drawing three-year tenure to a close 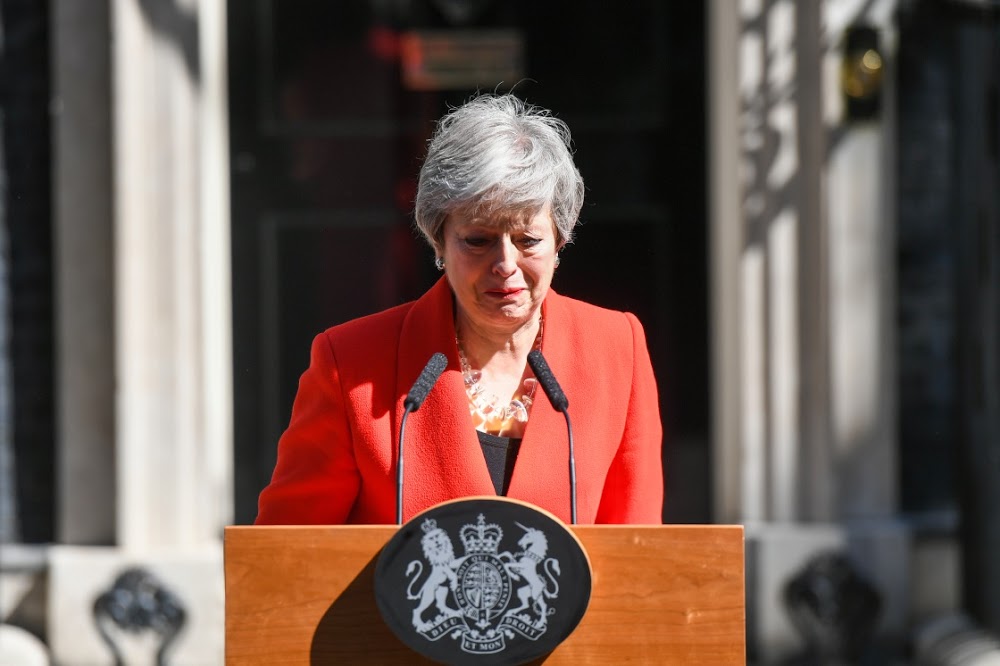 Theresa May has bowed to intense pressure from her own party and named 7 June as the day she will step aside as Conservative leader, drawing her turbulent three-year premiership to a close.

Speaking in Downing Street, May said it had been “the honor of my life” to serve as Britain’s second female prime minister. Her voice breaking, she said she would leave “with no ill will, but with enormous and enduring gratitude to have had the opportunity to serve the country I love”.

The prime minister listed a series of what she said were her government’s achievements, including tackling the deficit, reducing unemployment and boosting funding for mental health.

But she admitted: “It is and will always remain a matter of deep regret to me that I have not been able to deliver Brexit.”

May’s announcement came after a meeting with Graham Brady, the chair of the backbench 1922 Committee – which was prepared to trigger a second no-confidence vote in her leadership if she refused to resign.

Her fate was sealed after a 10-point “new Brexit deal”, announced in a speech on Tuesday, infuriated Tory backbenchers and many of her own cabinet – while falling flat with the Labour MPs it was meant to persuade.

The leader of the House of Commons, Andrea Leadsom, resigned on Wednesday, rather than present the Brexit bill to parliament.

A string of other cabinet ministers had also expressed concerns, including Sajid Javid, Jeremy Hunt, Chris Grayling and David Mundell.

In particular, they rejected May’s promise to give MPs a vote on a second referendum as the Brexit bill passed through parliament, and implement the result – which they felt came too close to endorsing the idea.

The prime minister will remain in Downing Street, to shoulder the blame for what are expected to be dire results for her party at Thursday’s European elections – and to host Donald Trump when he visits.

The 1922 Committee will set out the terms of a leadership contest, to kick off on 7 June, which is expected to last perhaps six weeks.

Beatrice Elachi Resigns, promises to write a tell it all book