What this means is, Kenyans will be, on August 9th, voting in a new president amid a surge in the cost of living and a debilitating drought that will challenge whoever takes up the post.

With every election, Kenyans are inundated with new jargon. However, one particular jargon that remains etched in our minds is the Form 34A and Form 34B.

Relax. Here’s a short summary of their functions and importance. Lend me your ears, in this case eyes, for a few.

Form 34A is the first form used to tabulate the presidential election results. The document is prepared and filed by the Presiding Officer after completion of vote counting at the polling station.

It contains the following details:

Political party agents or candidates are required to sign and verify that the contents of that form are correct before the results are relayed.

The form is prepared in six copies, and are distributed in the following manner:

Form 34B collates the presidential election results. The form merely summarizes Form 34A.

It is prepared by the Constituency Returning Officer (CRO), but only upon receiving Form 34A from the polling station level.

The form contains the following information:

If agents or candidates are presented, they should be afforded an opportunity to verify the details filled in the form and thereafter sign it off.

The CRO then hands over the form to the chairman of the IEBC, who is the Returning Officer for the presidential election, for the results to be announced.

What Next After The Forms…

By law, IEBC must declare the presidential election results by August 15th, a week from the date of election.

If no petition against the election’s outcome is filed at the Supreme Court, then the new President will be sworn in on Tuesday, August 30th, paving way for President Uhuru Kenyatta to retire.

Should the presidential outcome be challenged with a petition, such must be filed by August 22, holding that IEBC declares the results on 15th.

Should that happen, the Supreme Court will have 14 days to consider and determine the petition by September 5th.

If the election is upheld, the new president would be sworn in on September 13th allowing President Kenyatta to retire.

And if the presidential election is nullified by the Supreme Court, a fresh election must be conducted by November 4th being the last day of a 60-day requirement.

However, if the August 9th election doesn’t produce a clear winner in the first round, a fresh election, should be held within 30 days. 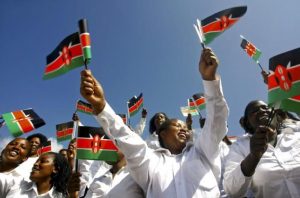 Elections in Kenya remain a period of high tension, mainly due to the fact majority votes are cast along ethnic lines and in previous years, this has sometimes spilled over into nationwide violence with people being attacked, merely on the basis of ‘which community they come from.’

Kenyans recall the large-scale violence that erupted after the 2007 elections. The disrupted poll was followed by weeks of ethnic-based violence in which lives were lost and about 600,000 were uprooted from places they called HOME.

Many still remain displaced to date. 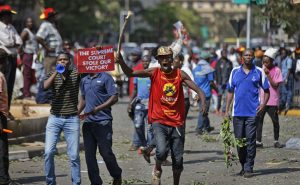 These recent histories have raised questions about Kenya’s ability to hold free and fair elections- and the 2022 elections will most likely provide a benchmark for how much progress has been made.

With only 5 days left to the election, reduce the emotional connections with the candidates you support.

Just like a good pilot, you can fall off the high skies. You are either reducing or you need to start reducing your speed gradually… starting now.

Lower emotional connection will open your eyes to accept that things can go the other way and that life will continue.

Start imagining life under the leadership of the candidate you oppose. Start accepting its possible… Because that’s why they vied in the first place.

Remember whoever you choose, highly influences the shape your life takes in the next five years.

Keep it peaceful. We have lost so many lives in 2007, in 2017… You could be the next statistic every-time we recall how many lives have been lost due to election violence.