As one of the winning-est professional athletes of all-time, Tiger Woods continues to build on his legacy of domination with the characteristic precision and persistence that has helped him redefine the sport of golf. 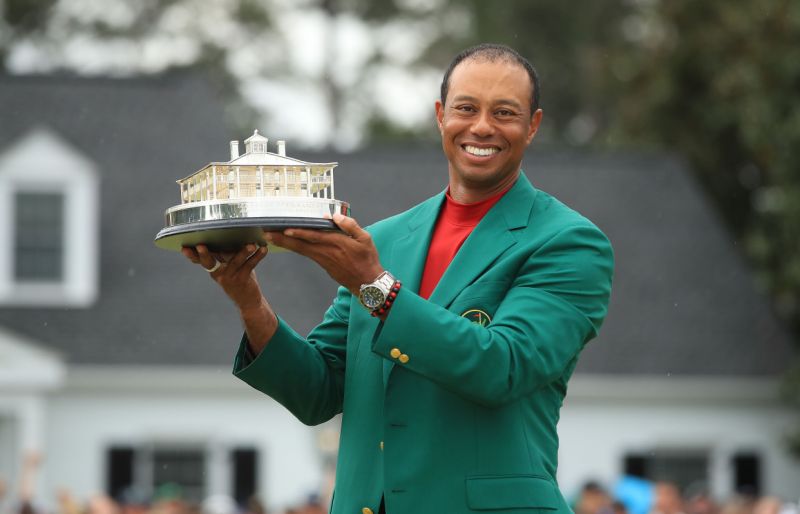 Tiger Woods serves as an example of resilience and determination for the reason of how he persevered a hard time to come back to winning way over a period exceeding a decade.

And as it goes, hard work never goes unrewarded he won the world’s most coveted and prestigious golf trophy last month.

As though that was not enough, he is expected to meet the USA President for an award still that will leave him smiling yet making him the first golfer to reach such a height.

The 43-year-old, who won the Masters at Augusta in April, will receive the Presidential Medal of Freedom at a White House ceremony on Monday, 6 May.

American Woods overcame persistent injury problems including four back operations culminating in fusion surgery in April 2017 to win his first major title for 11 years with a one-shot victory at Augusta.

Trump had already revealed in a tweet last month that Woods was to receive the honour following his performance at the Masters.

The Presidential Medal of Freedom, introduced by John F Kennedy in 1963, recognises “individuals who have made exceptional contributions to the security or national interests of America, to world peace, or to cultural or other significant public or private endeavours”.

Woods is the fourth golfer to receive the accolade, after Jack Nicklaus, Arnold Palmer and the PGA Tour’s first black player, Charlie Sifford.

Billie Jean King and Michael Jordan are among other athletes to win the award.