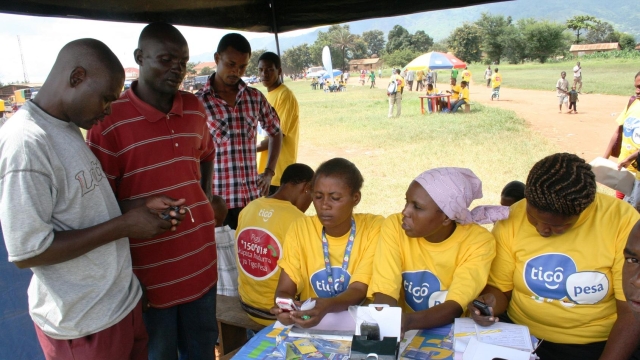 Mobile money is paving the way for greater financial inclusion and transforming the way consumers transact with one another in Tanzania.

Mobile service providers have been on the forefront in ensuring that mobile money services are brought closer to the people in rural areas.

Such companies have been complementing the government’s efforts to even out imbalances that inhibit Tanzanians from carrying out financial transactions. Among the companies leading Tanzania’s financial inclusion is Millicom International Cellular SA (MIC), which trades as Tigo in Tanzania.

Since launching its inaugural mobile money platform, Tigopesa in 2014, the firm has gone on to introduce other innovative products that have not only seen its subscriber base grow, but also resulted in it being ranked the second most successful mobile finance service provider in Tanzania.

Today Tigo has 5.2 million of the country’s 17 million subscribers.

CEO Diego Gutierrez says the key is innovation, which is bringing about new digital financial tools that address the lack of access to the formal financial system in many developing economies.  “Tanzania has a great appetite for innovation and we have created world-firsts with products such as universal mobile money interoperability that began in 2014, and international transfers with currency conversion, among others.”

In 2014, Tigo Tanzania became the first telecom company in the world to share profits generated from its mobile money Trust Account in the form of a quarterly distribution to customers. The revenue share model is in line with a Bank of Tanzania (BoT) policy that  allows the country’s mobile operators to increase e-money deposits and mobile money transactions through new loyalty incentives. BoT is the country’s central bank.

Mobile money, Gutierrez explains, has emerged alongside microfinance as an imperative tool for financial inclusion, enabling the population to access services such as electronic transfers, payments and savings. The development of mobile money as a means of financial inclusion has been encouraged by mobile phone penetration in developing countries like Tanzania.

According to BoT, Tanzania is at the top of the pile in financial inclusion in sub-Saharan Africa. The country is also ranked sixth globally for providing the most conducive environment for financial inclusion by the Intelligence Unit of the Economist through its Global Microscopic Surveys conducted in 2014 and 2015.

Recently, Tigo launched a first of its kind product dubbed TigoNivushe, which gives customers immediate access to small loans with different repayment periods and administrative costs based on the duration of the loan.

The loans — an average of Tsh10,000 (US$5) — are processed in real-time and funds are transferred in minutes. As customers build up their credit history, they are able to borrow larger amounts with lower administration fees. Loans are delivered directly to the mobile wallet so customers can immediately use the funds to pay bills, transfer to others, or cash out at the thousands of agents across the country.

According to Gutierrez, Tigo is learning from its customers in regards to what they want and how they want it delivered. “For us this is crucial to the success of mobile money products. Through this we can also pull down barriers to financial inclusion by continuing to support initiatives that reach the population as well as deliver education about personal finance.”

By ensuring that mobile money services are closer to the local people, Gutierrez says Tigo is complementing the government’s efforts to narrow the gap between the rich and poor, helping increase the country’s economic security and stability.

Tanzania is one of the leaders in mobile money penetration and one of five countries in the world where more adults have a mobile money account than in a conventional  financial institution.

The Global Findex Data reports that 32 per cent of adults in Tanzania have a mobile money account. In east Africa, the country is second to Kenya where some 58 per cent of adults have such accounts. Uganda and Somalia follow with 35 per cent.

The Monetary Statement of the first half of the 2015/16 fiscal year also reports that BoT targets to have at least 70 per cent of the population living within five kilometres of a financial access point by 2017. This target follows the country’s exceptional performance in the usage of formal financial services among the unbanked population that surpassed its initial target by 50 per cent of adult population in 2014.

In line with this policy, Tigo has recruited over 50,000 merchants across the country to ensure a seamless network of customers accessing TigoPesa mobile services. Currently, the telco has 44 shops in the country and there are plans to open more.

Kenya on course to revive tourism