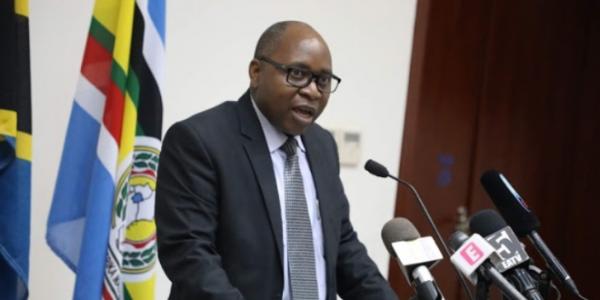 The Tanzania Private Sector Foundation (TPSF) will host a Tanzania/Uganda Business Forum in Dar es Salaam where businesspersons from the two countries will exchange ideas.

This was said by the deputy minister for Foreign Affairs and East African Cooperation, Dr Damas Ndumbaro, when launching the first three-day Uganda/Tanzania Forum slated for Dar es Salaam from September 3.

The forum will provide an opportunity for Tanzanian firms to interact and strike business deals with their Ugandan counterparts. This would lead to an increase in trade volumes between the two neighbouring countries.

He said Tanzania has many opportunities, including the Standard Gauge Railway (SGR) infrastructure, which would ease cargo transportation to and from Uganda, so the forum is timely.

“There are so many opportunities that the private sector can tap into – including the tourism sector and teaching ki-Swahili in Uganda, to mention but a few,” he said.

The TPSF executive director, Godfrey Simbeye, said Tanzania has many opportunities that needed to be fully exploited.

He noted that the governments of Tanzania and Uganda have organised the forum to help enhance business between the two countries.

He noted that the forum will be an opportunity for both countries to discuss and look for solutions impeding trade besides creating business networks.

“The government is doing all it can to improve the business environment including implementing the business blueprint and reducing the number of levies, which impede trade,” he stressed.

For his part, the Uganda ambassador to Tanzania, Richard Tumisime, said it’s a good thing that Tanzania spearheadedthe efforts to bring together private sector players from both countries.

“There are so many opportunities in cross-border trade – among others – that, if well utilised, can benefit both,” he said.