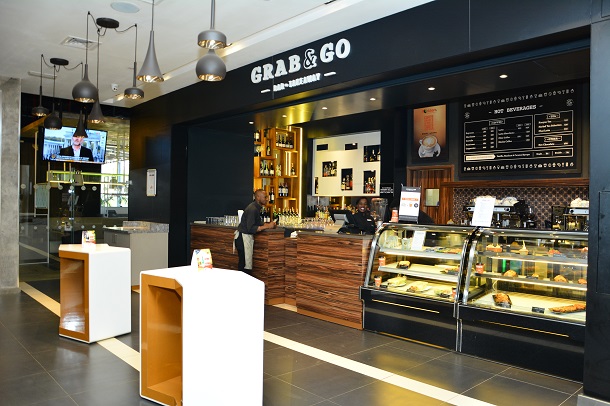 Unlike most five star and mid-range hotels in the east Africa region, the hotel targets those clients who prefer to pay only for the services they use

Meet the ‘smart travellers’, a new breed of guests that prefer to strictly pay for the hotel services they use and nothing else. This is in fact an emerging trend in the east African hospitality industry.

Travellers are gradually doing away with the many luxurious and high-end services that most hotels in the region offer and which are often all factored in the hotel bill at the end of your stay.

At Tune Hotels, which is the newest multinational player in the east Africa hospitality market, they are back to the basics, literally speaking. You book a room, spend a comfortable night, pay for that service, and then continue with your journey. The hotel will not charge you for not swimming, using Wi-Fi, taking breakfast, or any other services that you have not used. 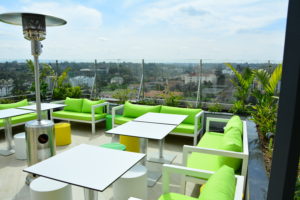 “Most people often check into hotels and do not get to use all facilities a room offers, such as lounge chairs, swimming pool, or even the gym. Most of the times one drops down to the restaurant to grab a meal and not even think about using room service. So why someone should be charged for such services?” poses Stuart Clay, General Manager of Tune Hotels in Westlands, Nairobi.

To cater for the growing number of smart travellers, both locally and abroad, mid-range hotels are borrowing a leaf from the airline industry where budget airlines unbundle amenities, allowing clients to pay for services and products they use. Tune Hotels is among the early adopters of this concept in Kenya and the larger east African region.

The hotel is part of the larger Tune Group of companies that runs a number of hotels across the world including Air Malaysia, the first budget hotel in Malaysia.

“Numerous hotels are offering either high or low end services but Tune Hotels is moving into a space where the emphasis is giving the guest a great night sleep with cut down non-essential services at lower rates,” says Clay.

Tune Hotel sharpens its allure around a few top-of-mind features that matter to the new breed of travellers. Quiet rooms, comfortable beds, good lighting, a small workspace, and free Wi-Fi.  The general idea, according to the General Manager, is to first provide elemental features to qualify as a night’s stay and then offer other things upon request. Their packages include use of towel, soap, an in room safe, hair drier, air conditioner, Wi-Fi, and cable TV. 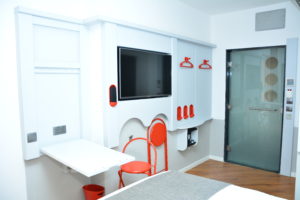 The rooms are compact and are custom built for the smart traveller. An average room measure six to eight square meters. Central location with good access to transport is key for the hotel. The room design utilises the available space effectively, leaving enough space for movement. Desks and chairs in the rooms are folded and mounted on the walls and can be unmounted when the guests want to use them.

Unlike five star hotels, there are no facilities to prepare coffee or tea in the rooms, rather the guest can grab their favourite drink at the grab and go shop at the lobby. The model does not offer any concierge or doorman services; neither do they have in room telephones.

In its other brands of hotels across the world, there are no restaurants. However, Clay says, the hotel has had to put up roof top bar that caters for both guests and outsiders.

A night at Tune Hotel in Nairobi costs guests US$80 depending on how early they book. Bookings are done online and prices may rise or drop depending on the demand, just like in the case of budget airlines. There are no special rates for resident or none resident. Compare this to normal four or five star hotels where guests pay US$200 for a room, factoring in the cost the amenities such swimming pool, gym, Wi-Fi, and others, that clients do not normally use.

One of the key reasons why the Tune Hotels are more affordable than the rest within its range is because of the absence of luxurious services.

Clay says budget hotels such as Tune Hotels often have smaller number of staff. The absence of additional amenities such as restaurant swimming pools and gyms means they do not need additional staff to maintain such facilities. Rooms are also smaller, thus making cleaning easy and faster for the smaller number of staff. The hotel currently has 280 rooms. 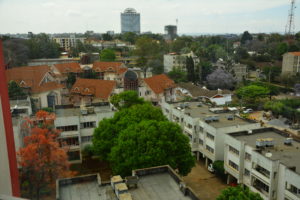 The idea, according to Clay, is not only to offer great products and services at considerable price but also to avoid wastage. He says anything that does not deliver value to customers is made into an optional add. All the extras are listed during booking.

The appetite for budget hotel, Clay says, is big and steadily growing. As at 30th September 2016, Tune Hotel had admitted 7,424 guests, both local and foreign.

“Nairobi is among the popular destinations for visitors in the country recording the highest number of local regional and international guests, and this is working very well for us,” says Clay.

The business, according to the General Manager, is further boosted by the presence of budget airlines.

“When travellers book budget airlines, they are most likely to go for budget hotel,” says Clay. “Kenya has a number of budget airlines offering affordable flights to and from Nairobi.”

Though the concept is new to east Africa, it started in the early sixties through a series of motels in the US, which later introduced their own model of budget hotel.

The challenge, according to Clay, has been getting people to understand the budget hotel concept.

“Though guests are surprised with the prices we offer, they are equally surprised by what is not included in the price,” says Clay, adding that the model is not only limited to business travellers, but can also work better with families looking for convenient place to spend their holidays.

Tune Group of Companies is in the process of opening addition 12 hotels with the same model in the region, with the next stop being in Dar es Salaam, Tanzania.

They are also introducing the concept of multi-skill training whereby staff will be trained on different skill sets. Tune Hotels has tied-up with Utalii College for internships and is also exploring opportunities with colleges such as Strathmore.