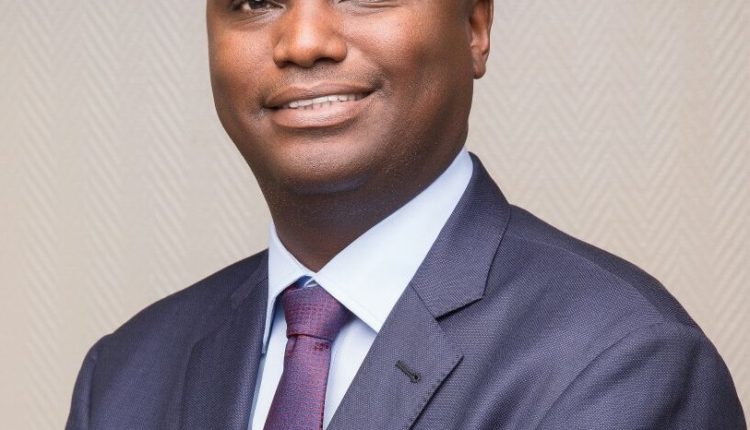 Patrick Mweheire is an accomplished banker. He likes getting things done the right way. Three years on after his appointment as the Managing Director of Stanbic Bank Uganda, he has transformed the bank into a haven of affordable and innovative financial services. With his ordinary banker look, one could easily pass him off as a regular banker. However, ordinary belittles Mweheire; he is an agent of change.

He has positioned himself to be the agent of change on the Ugandan banking scene. For starters, he is the first Ugandan to head Stanbic Bank since Standard Bank became majority shareholder when it was bought off in 2002. His main aim: to improve financial inclusion in the country, taking this mandate in stride and new heights.

Mweheire has completely redesigned the lender’s product and services offering to meet the needs of their customers while still making the brand more visible in an industry where cutthroat competition is the order of the day.

Since taking up the mantle to head Stanbic Bank Uganda, things have looked up for the bank. In his first year, the lender saw net profits increase by 11.6 per cent to US$ 39 million (UGX 150.8 billion) from US$ 34 million (UGX 135.1 billion) in 2014, maintaining the number one position for the fifth year running. In 2017, the bank broke the (UGX 200 bn) barrier of profitability and delivered a record US$ 55 million of profit, the first of any Ugandan bank.

Mweheire joined the bank in June 2012 as head of the Corporate and Investment Banking Division – a position for which he negotiated to have a much bigger role, and had coverage across Uganda, Ethiopia, Rwanda, Tanzania and Kenya. During his two and half years in charge, the unit doubled its revenue from UGX 95 billion to more than UGX 190 billion.

Prior to joining Stanbic Bank, Mweheire worked for several reputable financial institutions in London and New York. He started off his career as an investment banking financial analyst in the Mergers & Acquisitions of  Prudential Securities in 1994, soon after completing a BA in History and Economics from a liberal arts college – Daemen College in New York.  After three gruelling years of investment banking at Prudential, he left for the Harvard Business School in 1997 where he earned a much coveted MBA in 1999.

During that summer of 1998, he interned at Merrill Lynch & Co and was eventually hired full time at his graduation in 1999 in their Mergers’ & Acquisitions group, where he would spend the next nine formative years of his career.  Over that period, he advised several large corporate clients on strategy and completed multiple high profile transactions.  His last posting before Stanbic was Renaissance Capital in London and Nairobi where he was Managing Director in charge of investment banking Africa for four years.

Now a polished banker, Mweheire is looking to change the whole banking landscape of Uganda thanks to his recent appointment as the chairperson of Uganda Bankers Association (UBA).

Under his helm at Stanbic, the bank has withstood and clawed back from the country’s financial abyss when in 2016 the World Bank suspended lending to Uganda because of its poor use of funds, only to lift the suspension early last year.  Through this turmoil, Stanbic Bank Uganda managed to keep its business together and even grow it substantially.

The lender has made an impeccable record of consistent growth in earnings as they continue to gain market share with their 2017 revenue of US$ 165 Million (UGX 636 Billion) reflecting the strength of their diversified business model.

Customer deposits for the year 2017 stood at US$ 924 million (UGX 3.6 trillion), an 18 per cent increase from the previous year. This, in an industry that grows an average of 12 per cent, helped the bank retain their number one position with a 30 per cent market share of profitability.

According to Mweheire, the consistent growth points to their strong pursuit of the appropriate  “risk-on” strategy with a strict discipline on costs. “In 2017 we focussed on operating efficiently by thoughtfully managing our resources and exercising discipline, we invested in the areas that mattered the most to our customers and stakeholders in order for us to retain the leadership position in the banking industry.”

The customer is at the centre of the service delivery. Mweheire says they improved their customer service experience across their branches, leading to the customer net promoter score number going up.

As the Managing Director, his job is cut out for him. He is responsible for developing and implementing the strategy of the bank in line with its vision and mission. His role is to offer guidance and leadership to his team so that Stanbic can align itself top its strategic plan.

As an investment professional, Mweheire has instituted a strategic model that seeks to transform the bank, this includes removing 20 per cent roughly of costs out of the system by identifying things that were costly and projects that do not add value to the bank.

We have been able to reduce the bank’s cost-income ratio to 50 per cent down from 60 per cent from the last three years, taking the cost out and trying to be a more efficient bank

The strategy also seeks to improve the lender’s service level by placing the bank as client-centric as it tries to understand the customer needs and responsiveness at the same time being efficient.

A strong capital position and healthy liquidity profile hs positioned the bank to take advantage of business opportunities in the wake of digitization to spread their market reach. As a result, Stanbic Bank has deployed digital solutions across its branches.

“Customers are demanding a digital experience in their day-to-day banking. As a result, we have had to rethink how to invest and deploy digital solutions across the bank. Coupled with agency banking to take charge of the low value, high volume transactions, I think that’s the future of banking,” he says.

The investment is paying off with 78 per cent of its current transactions executed on their digital platforms. By the end of 2017, they had signed up 600 agents for agency banking.

Earlier this year Stanbic Bank in collaboration with Uganda Revenue Authority (URA) launched an ecommerce tax solution dubbed “Stanbic easy tax” tailored for their customers to settle their tax duties using either VISA, MasterCard, or mobile devices at their convenience reducing time and cost of doing business as the lender drums up financial inclusivity agenda.

Social responsibility is an aspect that Mweheire says the bank takes up with keen interest.  In 2018, the  lender has committed up to USh2.0 billion, supporting various initiatives with a focus on education.  The bank believes that education does not get the attention or funding it deserves in a country that adds an excess of 1.2 million babies a year.

Last year the lender started an elaborate campaign for young talent and partnered with the Ministry of Education with their flagship education development initiative dubbed ‘The Stanbic Bank National Schools Championship’ aimed at improving employable skills among the students.

The lender targets secondary schools across Uganda to stimulate students to sharpen their critical thinking and problem-solving skills.

“Over 15,000 students from 60 secondary schools participated in the competition in which they were trained on Financial Literacy, Leadership, Crisis Management, Conflict resolution, Selling skills, Communication and self-expression, and Entrepreneurship,” He says.

Looking into the future, Mweheire is optimistic that there growth pattern will continue. He points out to the 5 per cent year-on-year increase, off a strong growth of 27 per cent in 2016 amid a challenging market environment with a low credit uptake across the financial sector. We are well positioned and have developed the agility to respond to market and customer demands – who said elephants can’t dance?

Inside the towering castle where love birthed hate