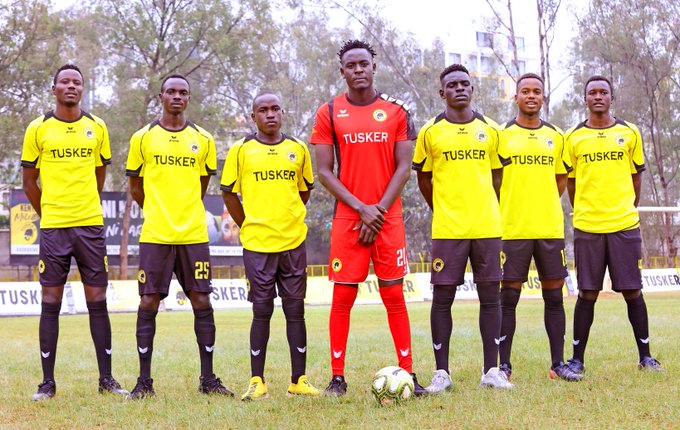 The big three in Kenyan football, AFC Leopards, Gor Mahia, and Tusker have one thing in common: they are the only clubs in the official 18-team Football Kenya Federation Premier League that are over half a century old.

Tusker FC however stands out as the most successful club in Kenya Premiere League (KPL)  with 13 titles.

The reigning FKF League Champions have strengthened their squad with seven additional signings ahead of the 2022/2023 FKF Premier League season.

Tusker FC has secured the services of Defenders Boniface ‘Kajos’ Onyango,  and Thomas Teka, a tough tackling defender,  from Kariobangi Sharks. The two have been signed for a period of two years.

The club has also bolstered its attack with the arrival of Eric Otieno from Wazito FC and Collins ‘Kante’ Otieno, who was promoted from Tusker’s Youth Team. The two have been signed on two-year contracts.

In addition, the club has reached an agreement with Bidco United FC for the transfer of goalkeeper Brian Opondo who has joined the club for a period of two years.

Speaking during the announcement of the new players, Tusker FC Head Coach Robert Matano said the new players will improve the club’s position heading to the new season.

“We would like to welcome the new players to this great club. This is part of our strategy to strengthen the team as we head to the new season as we look to retain the Premier League title once more. We have made sure to strengthen all departments within the team including goalkeeping, midfield, and attack positions. We expect the league to be more competitive this coming season as we have seen other teams strengthening their squads as well. These players have been carefully selected and will therefore ensure we remain competitive throughout the season,”  he said.

Aside from signing in the seven new players, Tusker FC received a brand new team bus from sponsors Kenya Breweries Limited in an upgrade to its transport. The new bus comes as a ‘reward’ for the team’s performance last season. Indeed, hard work does pay off.

Tusker FC will be heading to Mombasa this coming week as it kicks off its pre-season training ahead of the new season.

Matano’s changes will begin their title defense campaign against Posta Rangers on 24th September 2022 at its Ruaraka Grounds.