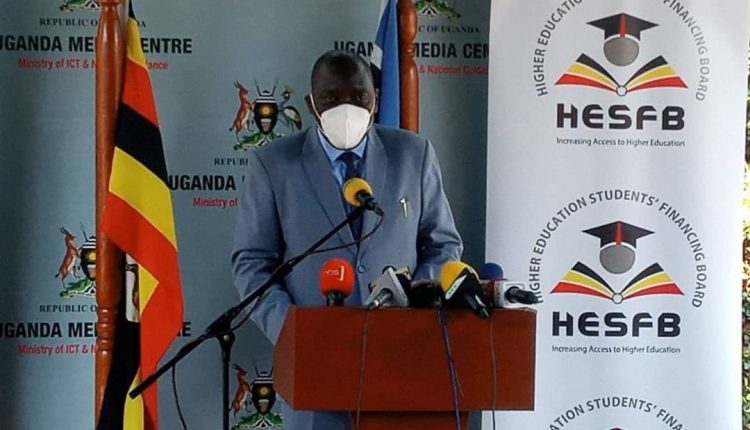 The public outcry to extend scholarships and student loans to the most indigent might come to an end with Members of Parliament calling for a review of the scheme.

Legislators expressed concern that the majority of scholarships, bursaries, and loans go to students from well-to-do families, yet the essence of the support was geared toward poor students.

“We can make a policy reversal so that the support goes to people from Amuru, Bulambuli, and Kagadi not people from around,” said Hon. Ignatius Wamakuyu Mudimi, the Chairperson of the Budget Committee.

Wamakuyu said this while receiving the report of the Committee on Education and Sports on the Budget Framework Paper for the Financial Year 2023/2024.

The report was presented by the Committee Vice Chairperson, Hon. Cuthbert Abigaba on Friday, 20 January 2023.

Abigaba said the committee has made a strong case for all sponsorships and bursaries to be consolidated and be placed under the loan scheme arrangement, cognizant that the Higher Education Students Financing Board (HESFB) is underfunded.

“We observed that HESFB lacks enough funds to offer loans to the majority of needy students that apply to the board for higher education funding,” said Abigaba.

He noted that even the budget allocated to the board in the 2022/2023 financial year was not all released, leaving the board in arrears and debt.

Similarly, Abigaba informed the two committees that funds have been released to assist the government takeover of 620 community schools and those under non-governmental organizations.