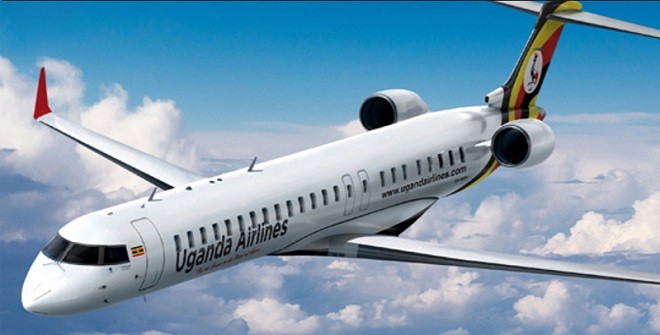 The Operators announced their schedule on Friday morning in Kampala, days after they obtained their air operating certificate from Uganda Civil Aviation Authority after three months of tests.

The company purchased two aircraft, Bombardier CRJ 900 series on April 23, in a bid to revive the National Carrier.   But the two planes remained stationed at the VVIP Parking Apron of Entebbe International Airport awaiting clearance from the Aviation regulator to start commercial flights.

Now it has been confirmed that the aircraft will fly to Nairobi and Juba twice daily and Mogadishu, Somalia three times a day. The aircraft is also expected to fly to Dar es Salam and Kilimanjaro once a day, Bujumbura and Mombasa three times a week.

Jennifer Bamuturaki Musiime, the Marketing and Public Relations Manager of the Airline company says the airline has also set up booking offices at the airport and several other locations.

“By the time we decided on when the maiden commercial flight will be, we had already put in place all necessary requirements including booking offices,” added Musiime.

She said the lower costs of travelling to different destinations will enable the company to get enough clients. The aircrafts available carry up to 72 passengers each.

Justus Mwombeki, a travel consultant in Kampala says the emergence of lower costs of travelling by Uganda airlines will enable more travellers to use air transport than road transport while travelling within the East African region.

Kenya launches “Ivory Trade is a Rip Off” campaign

Jambojet to fly Direct from Mombasa to Kisumu and Eldoret