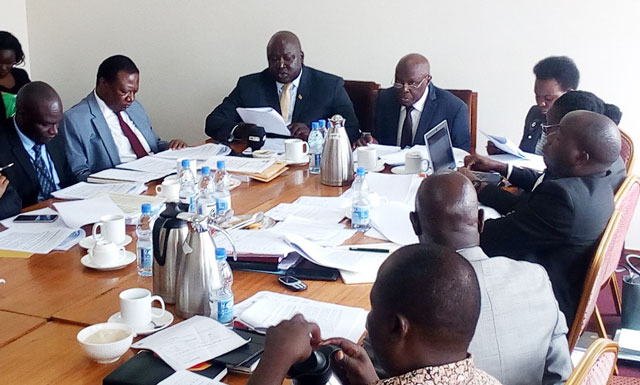 Uganda is hopeful that the African trade meeting, taking place in Niger on July 7 will promptly address the issue of non-tariff barriers which for long has stood in the way of trade among countries. The meeting is intended to launch the operationalization the African Continental Free Trade Area agreement (AFCTA).

The Agreement, a free trade area among 52 of the 55 African Union nations, was adopted during the 30th ordinary session of the African heads of state in Addis Ababa in January 2018. It brings on the table a market of 1.3 billion people.

Literally, it means Africa wants trade where all its countries can trade with each without major restrictions. So far Nigeria, Eritrea and Guinea Bissau have rejected the agreement.

By the end of May 2019, at least 24 countries had ratified the agreement meaning it can now be implemented. The agreement needed only 22 countries to kick-start work on supporting instruments. These instruments will be unveiled in Niger.

Trade and Industry minister Amelia Kyambadde told reporters at the Uganda Media Centre today that there is now visible work in progress and Uganda expected members to address the issue of no-tariff barriers as soon as possible.

Non-tariff barriers are trade barriers that restrict imports or exports of goods or services through mechanisms other than the simple imposition of tariffs. They include import bans, discriminatory rules of origin and quality conditions imposed by the importing country on the exporting countries.

Others are unreasonable/unjustified packaging, labelling, product standards. These, according to Kyambade are key hindrances to trade in Africa that must be addressed quickly.

The minister also elaborated benefits Uganda has been able to acquire through trade negotiations. She said countries like Uganda’s liquor brand of Uganda Waragi and products like Movit were competing favourably in many countries on the continent.

Uganda trades more with Africa than any other continent in the world. In March, Uganda sold more goods to the East African Community (EAC), the rest of Africa, and the rest of Europe than it imported.