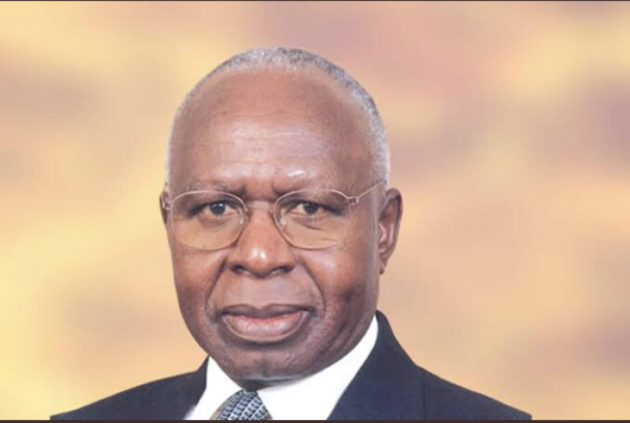 President Uhuru Kenyatta has mourned former cabinet minister Simeon Nyachae who passed away as an icon of Kenya’s progress through the years.

In a message of comfort to the family of the independence era provincial administrator, the President said the late Nyachae’s successful transition from public service to the world of business and politics was a demonstration that focus and hard work pays.

The Head of State regretted the passing away of Hon Simeon Nyachae saying death had robbed Kenya of a wise statesman whose long service to the nation helped shape the country’s standing as one of Africa’s most progressive economies.

“I am deeply saddened by the passing away of Mzee Simeon Nyachae, a distinguished son of Kenya, a friend and a man whose contribution to the making of the Kenyan nation will remain with us for eternity.

“Throughout his many years of service to the nation, right from his time in the provincial administration through to his transition into business and politics, Mzee Nyachae exhibited exemplary zeal to succeed and as he exits from this world, he leaves behind a rich legacy of success,” President Kenyatta eulogised.

The Head of State recalled his interactions with Hon Simeon Nyachae over the years saying the former Nyaribari Chache MP was a jolly, accessible and dependable elder whose wise counsel and friendship he will miss.

“I recall with nostalgia my many interactions with Mzee Nyachae over the years. As an elder and friend, Mzee Nyachae always had a word of wisdom and encouragement for me. Many will remember and miss Mzee Nyachae’s warm personality and especially his hearty and infectious laughter,” President Kenyatta recalled.

The President prayed to God to comfort the family of Mzee Nyachae and grant them the fortitude to bear the loss of their departed patriarch.