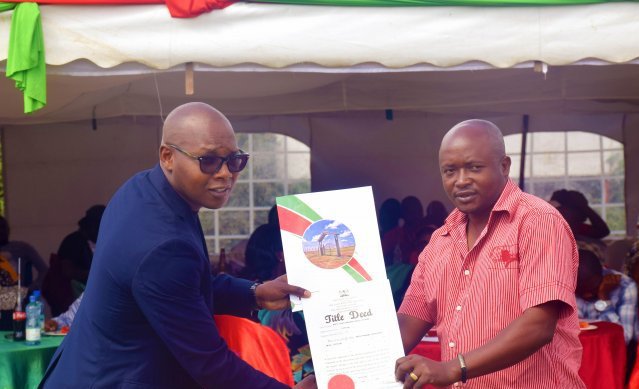 The CEO, who was speaking at the open day for the company’s new project in Nakuru, noted that it was possible for Kenya to have an efficient Lands Ministry if it took the correct steps to mitigate the challenges that currently affected it.

“One of the most critical things that the Land CS can work towards is eliminating the cartels that have crippled operations in the Ministry over the years. Deeply entrenched vested interests have hampered the land reform process, as many want the past flawed land regime to continue so that they keep benefitting from a non-streamlined land sector,” he said.

He also urged the new Cabinet Secretary to drive the implementation of the National Land Policy that was put in place by her predecessor, noting that it was the only way in which streamlined operations could be achieved in the Ministry.

“The National Land Policy was developed to provide a legal, administrative, institutional and technological framework for optimal utilization and production of land. This is a key document which the CS should implement in the shortest time in order to promote efficiency in matters land, namely access to land use information, equity, elimination of discrimination and public benefit sharing,” he noted.

The CEO also applauded the Government for its efforts towards title deed distribution in the country, noting that title deeds were a crucial document in economic empowerment.

This is no mean feat if you consider that between 1956 and June 2013, only 5.6 million pieces were titled countrywide, which translated to about 112,000 titles a year,“ he said.

We are going to see not only the market experience increased investments and rolling out of projects, but also increased prices and sales of real estate.

The company has been able to conceptualize and complete 18 projects, with 13 of them being successfully sold out.