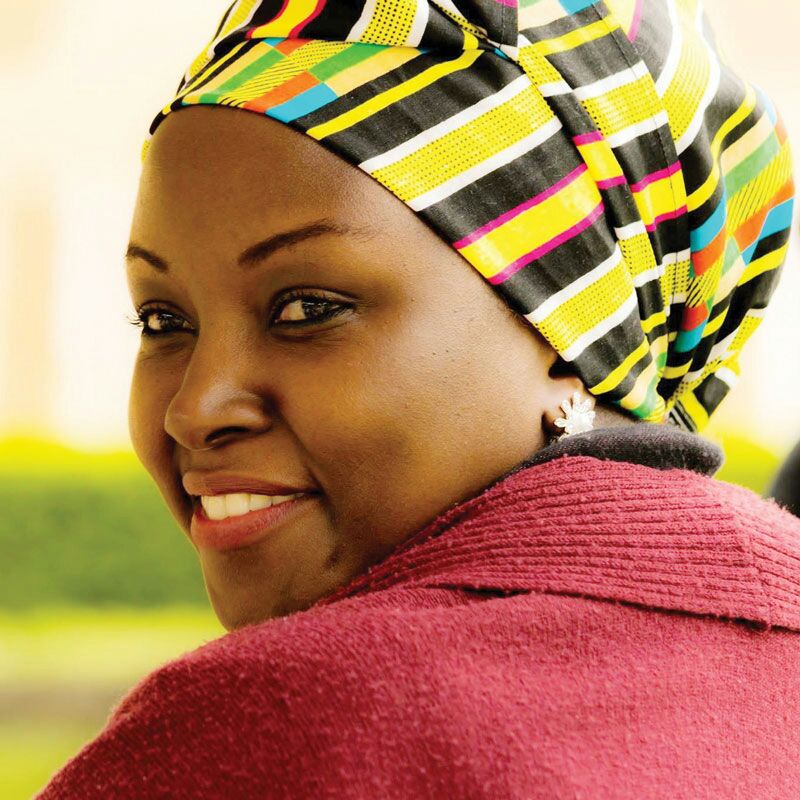 After quitting law school at the University of Nairobi, this daring power broker has decided to make an empire for herself.

Kenya’s demography is shifting with the rising standard of living, festivities and events are a thing for the new age and this calls for unique tastes and designs, which in turn has prompted high demand for unique event supplies in this segment.

Designers are embracing this new trend into everyday life. From five-star diners to living rooms, individuals are seeking creative and unlikely ideas to create a unique, simple, and comfortable artistic design in their living spaces.

An unusual hero of this new design trend is Doreen Nkatha. She is the Managing Director and Founder for Linens’ & décor limited.

She is a natural born designer, her expertise flaunts wildly, having worked in the events industry for over five years, she points out that it has immensely shaped her life.

Nkatha says that the love for designs made her realise how important it is to venture into something that you have an interest in.

“I abandoned my life career in fourth year while studying law at the University of Nairobi, I knew exactly what I desired, I wanted something fulfilling that would give me creativity and outlet and apparently it wasn’t being a lawyer” she notes.

She points out that her life revolves around design and originality. “Everything I see I feel like it could be remodeled and be perfected, and with that, I really wanted to do something would make a difference. I had an idea of creating a tent that hasn’t been created before” she explains.

‘Movable Pergola Tent’ first came to mind. She was awe-struck and felt like that would look nice in an outdoor event; but then, she asked herself how do you make it moveable? that’s how the idea was born.

“So I went home and started researching on the same. But couldn’t go any further from there, coincidentally a month later I got a client who wanted a tent, but not just any other tent, a unique one, after going through several options, I flippantly tossed the Pergola idea and apparently, it caught the attention of the client” she says.

This prompted her to go down to the drawing board and make it happen. With a backing of over 4,000 USD (KS. 400,000) from Supportive family and friends who rallied around her to help step up in setting up the business the ball was on her court.

“This pushed for the first Pergola prototype which pioneered our flagship product and five years down the line, we have since produced over 20 Pergola setups which has kept us going, with a bit of some creativity, these wooden pullers has been designed to integrate perfectly with any outdoor event. ” she says

The pergola build continued to develop over the years, the young dynast grew even bigger and Linens & Decor was then launched as a full service for event planning which services Nairobi County and other regions.

“It’s a unique setting, it adds beauty to your garden. It doesn’t compare to any other tent. The fact that it’s made out of wood and uses specific fabrics, gives it a charming look compared to the regular old plastic tents.” She says.

Nkatha says that they have been receiving an ordinate number of clients as they hire to clients the Pergola which goes for 150 USD (Ksh. 15,000) a month which translates to a turnover of over half a million in a good month.

“The business has been very successful, currently we employ at least 10 permanent staff and 20 others on a contractual and part-time basis” Nkatha adds

Outside of keeping her name in the minds of customers with the pergola product, her company also focus on design concepts for seat covers and table clothing.

In the crowded industry of event planning, Nkatha has been able to separate herself and her business through creativity and her dedication to networking.

“Social Media has been a big boost to my business and most of all the word of mouth because this service is unique and people love it,” she says.

Although she has been able to break into the market successfully, every entrepreneur is bound to run into an immeasurable number of hurdles and difficult situations during their journey.

For Nkatha, the hardest challenge so far hasn’t been finding customers or dealing with the stress of planning for an event, it has been Capital. “We have to keep on increasing as we grow; we usually receive a lot of orders, for us to expand further we need a much bigger capital” she explains.

Another challenge, she says is venturing into a unique concept like this is hard, “we have to train new clients on how to use and handle the Pergola.” She says.

“There is competition” she points out “but we take it as coopetition, at times we end up helping each other; because we deal with different signatures and different clientele base when a client comes for something different that we might not have, we find ourselves reaching out to our fellow designers.”

Nkatha says with this initiative, every day she is gaining more knowledge on design concept which is boosted by customer’s preference and she always endeavour to make sure that she keeps her clients satisfied and happy.

“We have since received enquiries from the regional countries for our product and hopefully a few years from now, I see Linens and Décor expanding worldwide” Concludes Nkatha.

People resort to giving up at last resort “But that should never be the case” accounts Nkatha, who believes that hard work and persistence is the answer to dealing with difficulties” She says.

Born and raised in Meru, and without any professional skills, this power broker is determined to change the world with her new initiative that she believes is the next big thing. Her dropping out of Law school didn’t deter her, she set her mind straight in a bid to pursue her dreams, which as of today she says she doesn’t regret.

“Be unique, make sure what you do, you have a passion for it. I believe if you follow your passion, then money will follow. First, bring a difference, find that purpose and follow that to the end. One step in making a difference is to take a risk. Save up and start doing it.” She concludes.