Volodymyr Zelenskiy has won a major victory over incumbent Petro Poroshenko. The comedian plays the role of president in a fictional television sitcom. 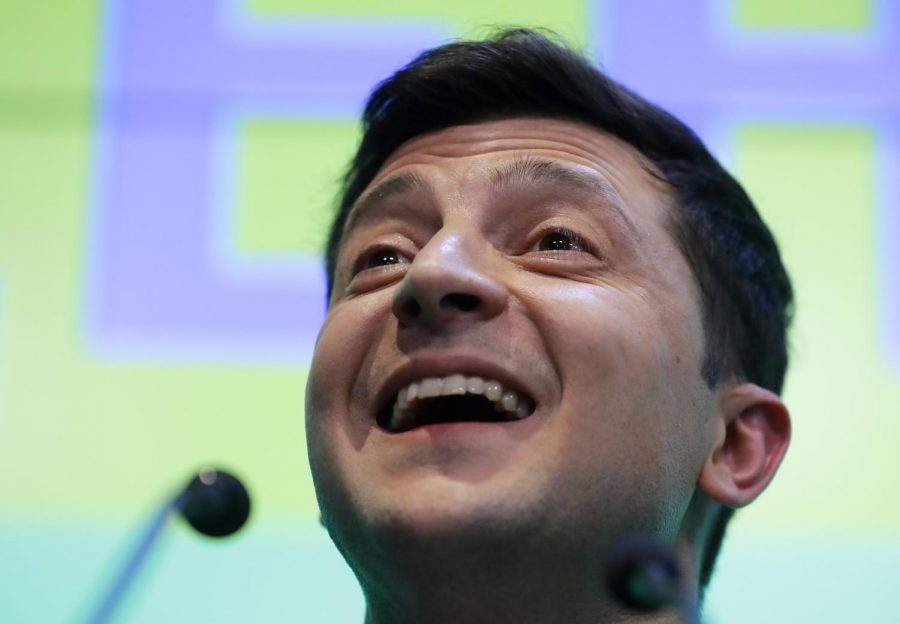 “I will leave office but I want to firmly stress — I will not quit politics,” he added.

Zelenskiy said in a speech: “We have accomplished this together. All citizens of the post-Soviet countries, look at us! Everything is possible.”

The exit polls were conducted by the Kiev International Institute of Sociology and the Razumkov Center public opinion organization, which queried more than 13,000 voters at 300 polling places. It claims to be accurate to three percentage points.

Zelenskiy plays a fictional state leader on a television sitcom. His bid to lead the country of 45 million people was first dismissed as a joke, but his vague promises to reform the country were enough to win over voters fed up with the country’s endemic corruption, moribund economy, and ongoing conflict with Russian-backed separatists.

The former comedian said Sunday that he would continue European-backed talks with Russia on a peace deal for east Ukraine and work toward freeing Ukrainian soldiers imprisoned in Russia.

“I will do everything to get our boys home. All our prisoners, without exception,” he said.

Poroshenko had launched a last-minute plea on Facebook, telling Ukrainians “a five-year presidential term is not a comedy that you can easily switch off if it is no longer funny.”

Zelenskiy’s victory puts the anti-establishment figure at the forefront of the West’s standoff with Russia, after its annexation of Crimea and its support for insurgency in eastern Ukraine.

The Russian foreign ministry said: “Exit polls show the citizens of Ukraine voted for change. The new leadership now must understand and realize the hopes of its electors. This of course applies to domestic as well as foreign affairs.”

The president of the European Council, Donald Tusk, congratulated Zelenskiy on his victory. “The EU is determined to continue its support,” he wrote on Twitter.

MacCoffee Partners with Ma Math Charitable Trust Kenya in a…