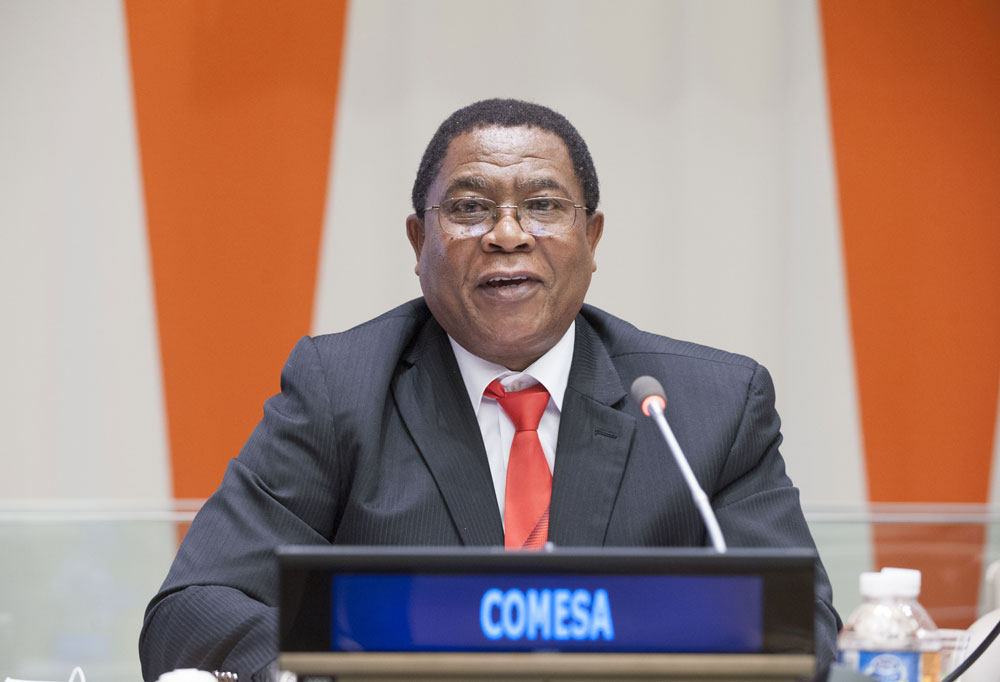 In the last few years, the desire by foreign investors to come to Africa has been growing. The continent has witnessed a number of international investors announce their intentions to invest in the continent. But even as this happens, trade among African countries is still low.

Barriers to trade continue to limit the growth of trade throughout African regional blocs.  Trade barriers such as high tariffs on imports and unnecessary costs on exports have raised consumer prices, undermined predictability of the trade regime, and reduced investment in the region.

One of the key things that came up from the panel discussion is the low intra-African trade. What effects does this have on the region’s economy?

Mr Ngwenya: It is true that African nations trade very little among themselves. This low level of trade has made the continent less attractive to investors as well as led to sluggish development of businesses in the countries. Africa is the least economically integrated region in the world, as measured by intra-regional trade flows. Trade between African countries, as a share of the continent’s total trade has hovered at 10 per cent for decades; the proportion in Europe and Asia, by contrast, is close to 60 per cent.

One of the recommendations that came up during the summit is establishment of a TFTA. What is it all about?

Mr Ngwenya: TFTA was proposed in Kampala in 2008 and is basically a consolidation of three of the continents major economic communities. The Southern African Development Community (SADC), the East African Community (EAC) and COMESA.  The main aim of bringing these blocs together is to promote development through increased economic integration among countries in the North East and South Africa.

How will TFTA agreement impact intra-regional trade in Africa?

Mr Ngwenya: The market itself has a combined population of over 625 million people and a combined GDP of US$1.3 trillion as a whole this makes the region more attractive to investors. The establishment will no doubt boost the regions competitiveness as in this arrangement, countries will work in a complimentary nature as compared to negative competition which has been the case. The new bloc will have trade values worth more than US$50 billion.

Market integration on the other hand will also remove trade barriers between the countries covered by the agreement.  Integration will also make it easier for labor to cross borders and will enable population Africa’s to work together more easily, beyond the limitations of borders and political systems.

The TFTA also promotes regional connectivity in terms of transport, energy, ICT and physical infrastructure, which will reduce the costs of doing business and trading for all companies operating in the area. Being able take advantage of regional industrial supply chains will mean that costs incurred by companies will come down even further. Increased integration will also lead to greater efficiency in terms of moving products and services across borders.

Are there blocs that are not participating in this agreement?

Mr Ngwenya: Yes. Some of the non-participating blocs include Arab Maghreb, Economic Community of West African States, Community of Central African States and the Community of Sahel-Saharan States. But I am hopeful that with time they will come on board. They are still having discussions among themselves and I have no doubt they understand the importance of coming together.

There are fears among some African countries that being part of a larger bloc will stifle their local industries due to competition from imports. Is this a genuine concern?

Mr Ngwenya: There should be no reason for concern. To protect our local industries, the bloc can adapt a common external tariff that will ensure local industries in the various member countries remain competitive.

What would you say is the greatest challenge going forward?

Mr Ngwenya: The next huddle is to implement the agreement. With other agreements implementation has been the issue. With the correct political will it will be a success.

What would be your final words for businesses and government in Africa?

Mr Ngwenya:  I would urge them that rather than look for markets and trade partners outside the continent, the countries will find more value and better terms by ratifying and implementing the free trade area agreement.

How Architectural Design of Buildings Affects Productivity and Health