With this Tracker, Your Car Will Never Go Missing Again! 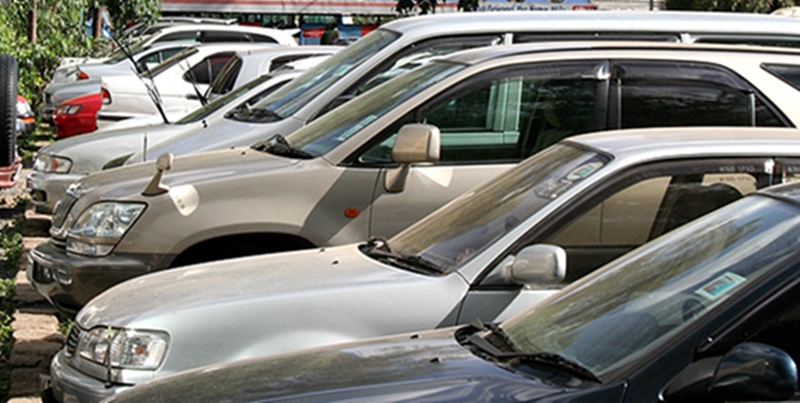 Using “GariMkononi”, you can track, monitor and get all reports about your car anytime anywhere just a button away

Their father’s old pickup had been stolen, only to be recovered in 2001 after a tip off from a friend. This was despite the fact that the car had a tracking device. But that was not their biggest wake-up call.

In 2013, another misfortune struck the family. This time their cousin and his entire family languished in a road accident along Nairobi-Mai Mahiu road. It was as a result of careless driving and over-speeding.

The two brothers (Mwangi and Maina) had had enough. They embarked on a frantic search for a solution to the road carnage, most of which they learned were as a result of over-speeding and reckless driving. They also wanted to come up with a vehicle tracking device that truly works.

“On our research, we realised that at least 1.2 million people die while 45 million are injured annually due to road accidents in Africa. In Kenya alone, between 3,000 and 13,000 people die from road accidents annually according to World Health Organisation. Also, approximately 1,800 vehicle thefts are reported in Nairobi alone every month,” says Mwangi, a graduate in purchasing and supply management from Jomo Kenyatta University of Agriculture and Technology.

To address these challenges, the two brothers, who were based in Nairobi, teamed up to start Africar Track International Limited (ATIL), a technological company that offers advanced GPS Tracking and Fleet Management Solutions. That was in 2014.

The start-up required Ksh. 500,000 (US$ 5,000), which they got from their savings and sale of assets from a collapsed business they had started earlier.

Like any other business, Mwangi says things were not easy at the beginning. For instance, he says, the market was not ready for the uptake of a sophisticated solution developed in Kenya.

“There is a misguiding fallacy that they must come from abroad. The market was reluctant at first, but our solutions stood the test of time and got wide acceptability and adaptability as years passed by,” says Mwangi.

Also, capital was definitely a major issue at start as they had a business that had crushed, no jobs, and friends were not willing to help because their dream looked unattainable. To make matters worse, no bank was willing to risk their money in their business.

Fortunately, in March 2015, the Common Market of Eastern and Southern Africa (COMESA) funded their project to the tune of Ksh. 1 million (US$ 10,000), having realised their disruptive technology in changing and impacting lives of millions of people in Africa.

Additionally, they got an opportunity to connect with Mbugua Rosemary Foundation which has continued to hold their hands to date.

The Foundation, Mwangi says, has trained them on many business aspects on how to go about it in the market. Also, Growth Africa and Chandaria Business Innovation and Incubation Centre has been supportive of their innovations and walked the journey with them.

“We did not have the capital but we started our journey. We started talking about the big picture to ourselves and anyone who was willing to listen. We drew our business plan and dedicated at least 3 hours daily where we would do something about our idea. For example, writing down our imaginations and expectations. Slowly, things started working out,” says Mwangi.

“Our product is called ‘GariMkononi’. We help our clients live track, monitor and manage all their vehicles using a Mobile Application, Online web-based platform and SMS Option,” says Mwangi.

For individual car owners, one can call his car and listen to what is happening in and around the car, when you park your car, any disturbance, vibration or attempt to pluck a car part, the car alerts you by calling or texting you.

When you get a call from the car, you know something is wrong. You can receive the call to listen to what is happening around the car. Also, you get a text ‘someone is touching my side mirror’.

Anytime a driver drives carelessly, such as over speeding, the system notifies the owner or the administrator.

In case the tracking unit is maliciously removed, they can continue tracking the computer system or the car, thus guaranteeing the vehicle safety.

With the system, vehicle owners can be able to track all the roads, towns, routes, cities, and parked locations from their personal gadgets such as mobile phones, computers or tablets.

The system also maintains comprehensive report for each car for a whole year. This includes daily mileage, speeds, locations, driver behaviour reports, trip and engine status report (on, off or idling).

As of today, some of their clients include PSVs (matatu), taxi and car hire, travel and tours, governmental institutions, individual car owners, transport and logistics companies among others.

They are also the first GPS Tracking and Fleet Management Company in Africa to receive awards such as the COMESA Innovation Award 2014/2015, and African Achievers Awards 2015, which was held in Sandton, South Africa — this award was previously awarded to President Jakaya Kikwete, President Atta Mills, President Joyce Banda, and Desmond Tutu.

As if this is not enough, in November 2016, they were selected by CCK to represent Kenya in Bangkok, Thailand in ITU Telecom Summit and exhibition that showcased the best innovations in Kenya.

Going forward, Mwangi believes that ATIL will not only be a market leader in Kenya but across the Africa.

More importantly, he believes that in the next five years, the company will have reduced traffic accidents, careless driving and over-speeding in Africa.

“Our solutions are customised to suit every individual client and it is personalised. This gives us an edge since no other company in our field does this. We tested our product in South Africa and Nigeria and it worked perfectly well. We will be in these 2 countries and 15 more countries according to our long-term achievable strategy,” he says.