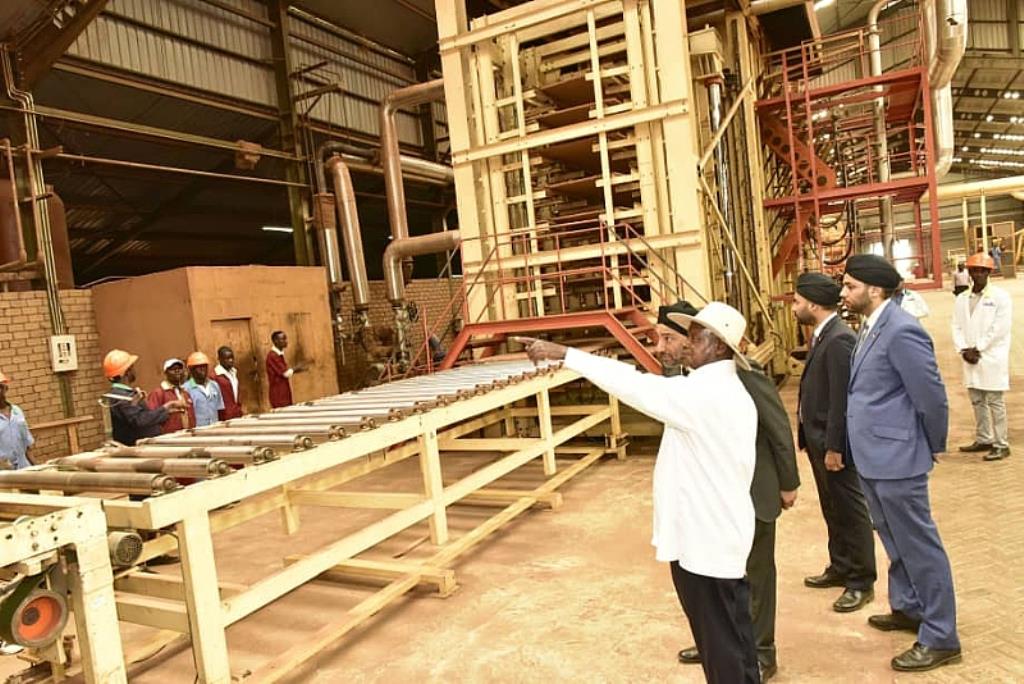 The Economic Commission for Africa (ECA) and the National Planning Authority (NPA) of Uganda are next week hosting a two-day workshop to review the country’s draft Urban Strategy and its associated Ten-Year Perspective Plan.

The workshop, running from 1-2 August 2019, will allow experts from the two institutions to collect feedback and inputs from government officials and other stakeholders before the finalization of the strategy.

Edlam Yemeru Abera, Chief of the Urbanization and Development Section at the ECA, said the workshop will strengthen the partnership between the ECA and the NPA on the role of urbanization in Uganda’s development and transformation agenda.

Uganda’s urban population is projected at over 6.4 million, and growing at 5.7 percent a year, making it one of the fastest urbanizing countries in Africa. Holding other factors constant, by 2040 the country’s total urban population could hit 20 million from the present 6.4 million with urban development gradually shifting citizens away from subsistence agriculture to non-agricultural jobs in manufacturing and service industry.

Cities account for close to 70 percent of Uganda’s non-agricultural GDP, with the informal sector being a significant source of employment. Thus, urbanization is both a driver of growth and facilitator of development in Uganda.

Speaking ahead of the workshop, Ms. Abera said successful planning and managing the ongoing process of urbanization is a precondition for Uganda to become an upper middle-income country, as part of achieving its Vision 2040 agenda.

Based on the ECA’s previous technical support to Uganda, through a project on Strengthening Urban Policies and Strategies for Inclusive Cities as well as developing an Action Plan for the Integration of urbanization in the country’s Second National Development Plan (NDPII), the Government has formally requested ECA to support them on strengthening the urban dimension of the NDP III through an urban strategy paper.

Indeed, as the country embarks on the preparation of its NDP III and Ten-Year Perspective Urban Plan led by the NPA, there is an imperative need to plan, design, manage and finance urbanization in order to achieve growth and structural transformation, says Ms. Abera.

To exploit the opportunities of urbanization under the proposed strategic direction of the NDP III, Uganda intends to strategically integrate urbanization as a driver of industrialization and wealth creation. Some areas of focus, among other areas, include:

– Development of Physical and Spatial Master plans for the regional and strategic cities as proposed in Vision 2040;

– Development and implementation of the land use and physical planning master plan to reinforce economic planning;

– Development of low-cost housing, upgrading of slums and promotion of green jobs through turning National Housing and Construction Corporation into a government corporation, and;

“The ECA is closely working with Uganda’s NPA by providing technical support to develop a long-term national vision and strategy for harnessing urbanization to advance national development priorities so the workshop is important as we advance that agenda,” said Ms. Abera.

Through the NDP III, Uganda has an opportunity to address the challenges that were identified in its NDP II by repositioning urbanization as a strategic focus area to drive industrialization in the country. The process of formulating the NDP III will be informed by preparation of the urban strategy and the Ten-Year Perspective Urban Plan.

Local major stakeholders working on urbanization issues in Uganda will attend the workshop. These include officials from the NPA, sector ministries, academia and research institutes as well as civil society organisations.