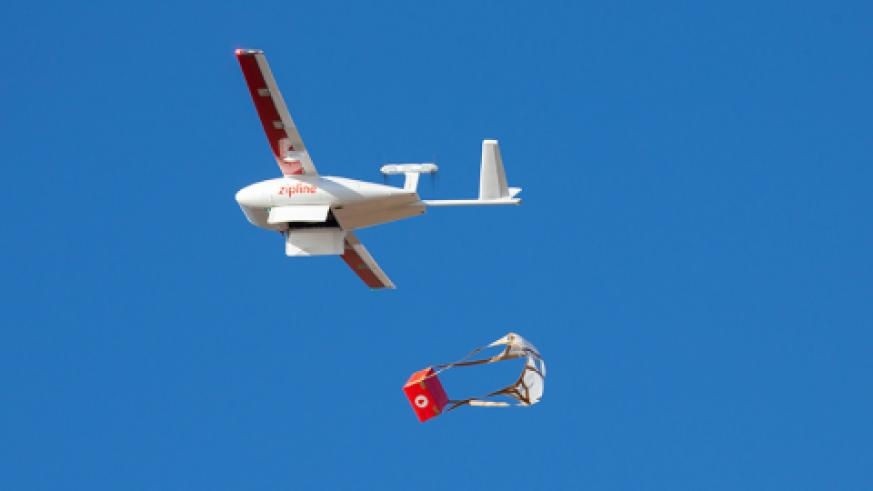 Zipline Inc, a medical supplies firm using drones which runs commercial operations in Rwanda, has been valued at $1.2 billion by its investors.

The firm started operations in Rwanda the first such service in the health sector anywhere in the world in 2016.

The firm raised about $190million in its latest round of financing.

The firm’s officials said that the new funding will enable Zipline to set up additional delivery hubs and step up operations.

Israel Bimpe, the firm’s head of National Implementation, said that new funds raised from investors will help Zipline to scale its team and technology to help serve more people around the world.

He said that the operations in Rwanda have served to show the rest of the world that delivery of medical supplies using drones is possible and created global interest.

“Rwanda’s medical drone delivery operation has really shown the rest of the world what is possible. And I think what we’re seeing now is a growing number group of countries around the world raising their hands and coming forward, ready to follow in Rwanda’s footsteps. The new funds raised from investors will help Zipline to scale its presence and technology to help serve more people around the world,” he said.

The venture in Rwanda moved beyond a proof of concept to a fully-fledged operation as well as saw skills transferred to local operators and engineers.

The firm also hailed the Government for creating a conducive ecosystem.

For instance, the Government liberalised the country’s skies for commercial drones.

The move is expected to attract more investors in the Unmanned Civil Aircraft System (UAS) industry.

“Operations in Rwanda are entirely run by young Rwandans, who in addition to their diverse professional skillset, including engineering, computer science, nursing, pharmacy and more, they also brought to the company the leadership needed to scale operations in-country for the last 2,5 years and making over 14,000 deliveries,” Bimpe said.

The firm in March this year launched its second operations based in Kayonza District in the Eastern Province, the second one after one in Muhanga District.

In October last year, the Government extended Zipline’s deal in a renewable 3-year contract where the firm also moved to establish a drone assembling and maintenance plant in the country.

Under normal circumstances, the drone is able to deliver blood products in maximum 50 minutes to a place it would have taken over 4 hours for a car to reach.

The firm this year also commenced operations in Ghana with a likelihood of commencing operations in other countries on the continent and beyond.