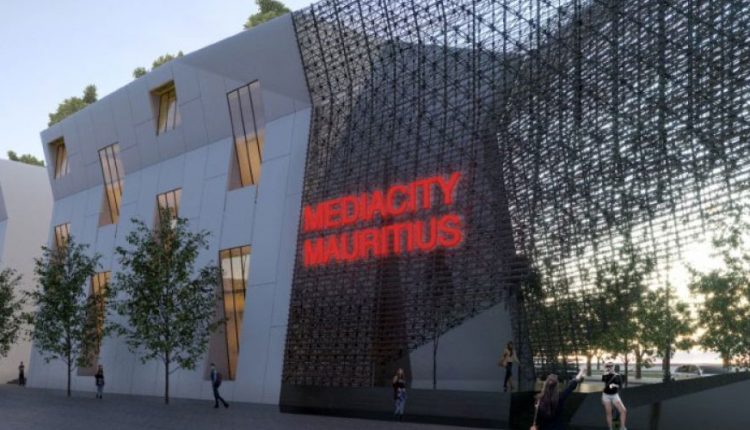 The first phase of development works on MediaCity Mauritius, the forthcoming world-class African hub for the media, digital and creative industries, is set to begin in 2022, with the rest of the project planned to be rolled out by 2024.

Designed to be the headquarters for global media, production, video gaming and eSports companies, as well as creative and communications agencies and broadcasters, MediaCity Mauritius is poised to be the gateway for Africa to fulfill its long-awaited creative and commercial potential, attracting world-class industry players and paving the way for the continent to generate its own content and tell its own stories.

Located within the rapidly expanding smart city of Beau Plan in Mauritius, MediaCity will host cutting-edge media infrastructure and industrial tools, and the technology required for content creation, innovation and education. This will include leading production studios, post-production facilities, broadcasting centres and an exclusive data center, all built to world-leading standards.

The educational component will be embodied by the African Media Campus, a nerve centre for the next generation of creative talent. It will host the MediaCity School, which will impart media excellence via technical training in all aspects of the creative industries, thereby creating a pipeline of business-ready talent for MediaCity’s resident companies.

By providing the platform to connect global industry players with the massive emerging African market, the advent of this hub will undoubtedly revolutionize the value chain of audiovisual, digital and cultural production in the continent.

“MediaCity Mauritius is a new African hub which by joining the global MediaCity network will benefit all African players in this industry. The arrival of major creative industry companies and media houses in Mauritius will bolster regional producers and play a significant role in stimulating young African talent to train in the island. This integrated hub represents for the whole of Africa a centre of co-creation and co-production with the rest of the world, thus harnessing the global demand for communication assets and content creators. It will promote synergies and partnerships, allowing African producers to position themselves on the export market for their content through the links to be established with diverse industry players. Moreover, the booming industry players in English-speaking African countries will have the unique opportunity of complementing and broadening their content offer by leveraging the strengths of a hub located in a country which is also French-speaking”, says Najib Gouiaa, CEO of MediaCity Mauritius.

Gouiaa, a seasoned media professional with more than 25 years’ experience in Europe, the Middle East and Africa, believes that for the continent to drive its growth, it needs to be fully integrated into today’s connected, globalised digital and media landscape.

The innovative industrial ecosystem that is about to be developed in Mauritius via MediaCity will act as an enabler in this process: “Mauritius rapidly established itself as the ideal home for Africa’s first multi-media hub due to its incredible assets – its strategic location as a gateway between Africa and Asia, focus on the digital economy, multicultural landscape, political stability, and quality lifestyle. In addition, in a renewed bid to facilitate the setting up of international companies, Mauritius offers attractive incentives such as up to 100% foreign ownership, free repatriation of profits, dividends, and capital, import duty exemption for technical equipment, among others. Such an environment is conducive to the development of a promising offer for media companies and agencies of Africa and beyond, all the more so since the METISS cable connecting Mauritius to South Africa has been a reality since March 2021, hence empowering MediaCity to provide ultra-fast broadband connectivity. This will enable the transfer of large content in high definition and provide on-site storage capacity for large amounts of data that can be accessed remotely worldwide. We are thus confident in our endeavor to attract creators, developers, producers, technicians and students, and to give them the greatest chance of success in Africa,” adds Gouiaa.

The project is commercially independent and has the support of the Mauritian Government and the country’s Economic Development Board. MCM Ltd, the promoter of MediaCity Mauritius, has formed strategic partnerships with Novaterra, a leading Mauritian real estate developer, which is behind the Beau Plan Smart City, and global broadcasting giant Broadcasting Center Europe (BCE), the latter assisting in building the state-of-the-art media infrastructure.

Why Women In The Built Environment Matter

Affordable Housing is Key for African Development, Habitat for Humanity