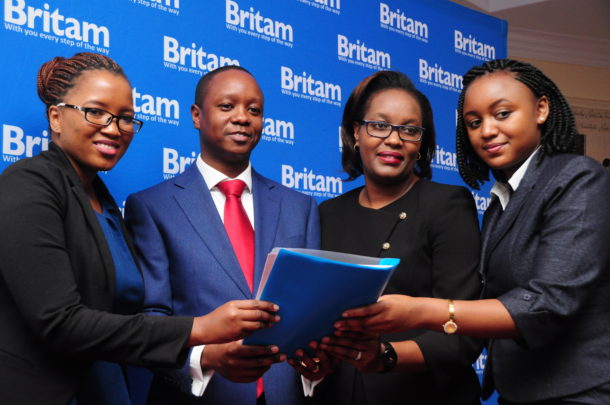 Large banks will be the greatest beneficiaries of the new law capping bank interest rates, according to a new study released by Britam Asset Managers.

As a result, Large banks will continue to capitalize on their strengths to drive growth in non-funded income, ramping up cross selling of products to existing clients in order to derive maximum value.

Most big banks have a wider distribution networks which encourage their customers to carry out more transactions, for example ATM withdrawals, thus earning more fee income.

They are also more active in driving other income growth from investment banking, stockbroking, bancassurance as well as active trading of government securities.

Despite controlling 58 per cent of banking assets, the 7 largest banks command 70 per cent of the sectors profits indicating that they are able to better sweat their assets and grow shareholder value, profits are expected to decline.

Small Banks rely on expensive lending to make up for higher funding costs. SMEs are generally receiving credit between 16.4 per cent and 23.5 per cent from the traditional banking channels, well above the prescribed minimum of 14.0 per cent.

Small banks have to undercut larger banks in less risky segments in order to diversify their loan portfolios.

“Asset quality will be a key focus going forward as banks try to keep cost of risk low to cushion their bottom line,” he said

Kaniu added that Banks are also expected to increase focus on growing Non-funded income to cushion bottom lines and capital buffers from the impact of margin erosion stating that they are likely to step up efforts to make alternative channels more attractive to customers in order to improve efficiency as they seek to encourage more customers to use the alternative channels in order to lower their overheads per transaction.

“We expect credit growth to recover marginally in the near-term from the current lows as banks look to drive volume growth to make up for the decline in Net Interest Margins. However, the long-term outlook of credit growth remains uncertain as banks will have to reassess their risk affinity within the new rate envelopes for new origination,” said Kaniu.

The company predicted increased uncertainty in loan pricing since the new framework requires immediate repricing of all loans once the base rate is adjusted.

Banking consolidation is expected in the larger banks, and they will be expected to pass on the benefits of financial inclusion and efficiency to customers through lower lending rates.

The research predicts the profitability of the banking sector to decline in the short term (12-15 months) as the banks adjust to the new normal of lower interest income and that  Medium and small banks will be the hardest hit since they were enjoying lower margins, with growth expected to continue from 2018.