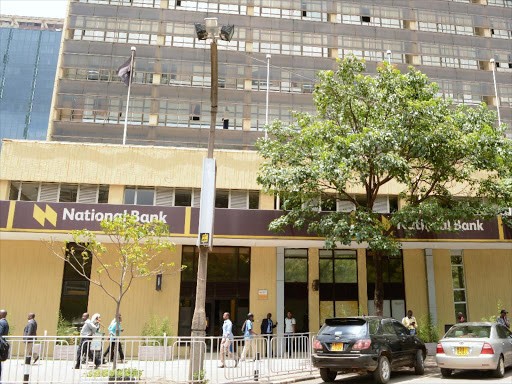 The Central Bank of Kenya (CBK) has shrugged off concerns raised by MPs and approved the 100 percent acquisition of National Bank (NBK) by KCB Group.

The regulator announced Monday evening that the approval has been granted in accordance with Section 13(1) (e) of the Banking Act, effectively paving the way for the completion of the deal within KCB timelines.

“The acquisition will strengthen both institutions leveraging on their respective well-established domestic and regional corporate, public sector and retail franchises,” Central Bank said.

This effectively throws the regulator’s weight behind KCB amidst concerns from Parliament, which was asking for public participation in the transaction.

CBK’s announcement comes days after KCB disclosed that it had received acceptances in respect of 262.97 million shares, equivalent to 77.62 percent of NBK’s total of 338.8 million issued shares. This indicates that the government, which controls 70.6 percent of the lender through the Treasury’s 22.5 percent shareholding and National Social Security Fund’s 48.1 percent stake, has officially rubberstamped the sale.

At above 75 per cent, KCB has already hit the minimum threshold required to declare the offer a success, and trigger the conversion, which would in turn push the acceptance level above the 90 percent mark.

This gives the bank legal powers to compulsorily buy out any dissenting NBK shareholders. KCB expects to list the additional shares through which it is executing a swap for NBK’s equity on September 30.

KCB will announce the offer results on September 13, while the swapped shares will be credited into the trading accounts of NBK shareholders on September 27.

Once KCB acquires National Bank, it is expected to conclude the deal it is pursuing acquiring Imperial Bank, which has been under receivership.

Last Friday, CBK announced it had received a revised offer from KCB to take over 7.5 percent of the outstanding deposit balance in Imperial.

KCB, already with operations in Kenya, Uganda, Tanzania, Rwanda, Burundi and South Sudan is also following up on deals in Ethiopia where it already has a representative office.

The gradually straining relationship between former and current Angolan presidents