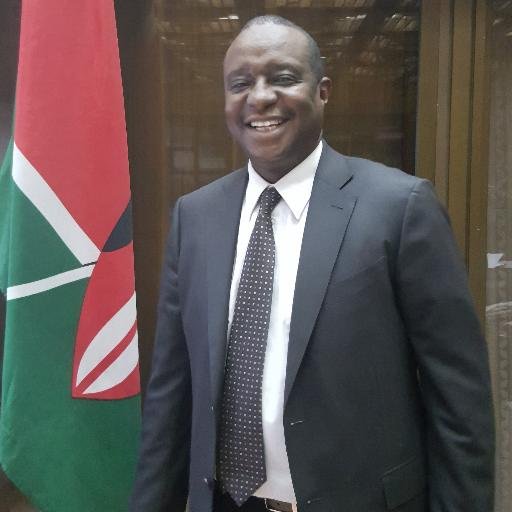 Rotich wanted to become a geologist unfortunately, his love for maths could not allow it

His childhood dream was to study archaeography in a bid to work in the mining industry as a geologist but as fate would have it, Treasury Cabinet Secretary Henry Rotich ended up falling in love with maths which saw him join the University of Nairobi to study economics.

He is the man who was at the centre of attention yesterday as he presented a Ksh. 2.6 trillion budget.

The 48-year-old soft spoken technocrat who is among the first batch of Cabinet Secretaries hired outside parliament as stipulated by the law, is also the longest lasting in the docket since it was left by National Super Alliance Co-Principal Musalia Mudavadi in 1997.

His journey to success started at Fluorspar Primary School in Keiyo South District where he was the top student.

He then joined St. Joseph’s High School for his Secondary School studies where he qualified to join the University of Nairobi for a Bachelors Degree in Economics and graduated with a First Class Honours.

Prior to joining the Ministry of Finance, he had worked at the research arm of Central Bank of Kenya since 1994, later becoming the Head of Macroeconomics at the Treasury from March 2006. Rotich was instrumental in formulating macroeconomic policies that ensured an affordable and sustainable path in public spending.

The role made him a good candidate for his current posting as he was also involved in preparation of key budget documents, including Budget Policy Statement, and in providing strategic coordination of structural reforms in the financial sector.

Leather and Textile sectors winners in this years’ budget

Stop It, You Profiteers, These Plastics Are Chocking Us!