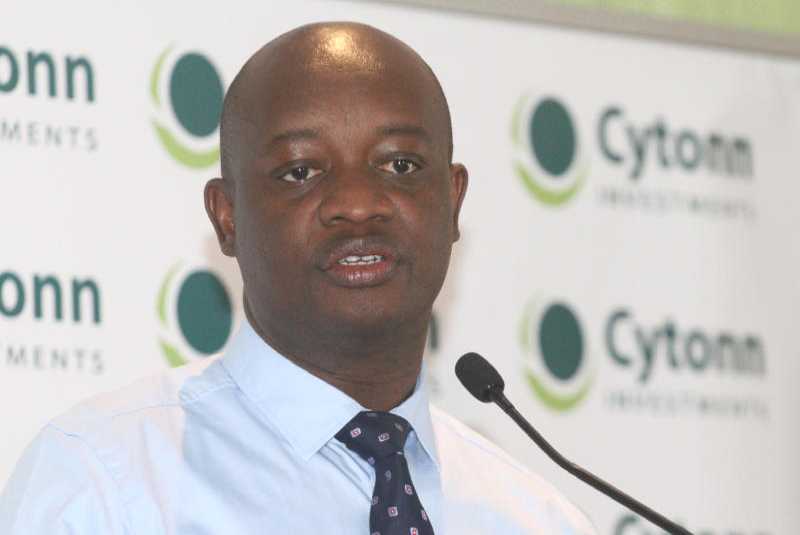 Interest rate caps should be repealed because they curtail economic growth, Investment Management company, Cytonn, has said prior to a meeting by the Monetary Policy Meeting (MPC) by the Central Bank on October 24th.

The company is among the latest stakeholders, including, the International Monetary Fund, Parliament, Kenya Bankers Association (KBA) and Treasury to add their voice to the issue of capping interest rates after President Uhuru Kenyatta last week refused to assent to to the Banking (Amendment) Bill of 2019, with the section under contention being 33b, which seeks to cap lending rates.
The Bill seeks to remove the interest rate cap of four points above the current interest rate of nine percent of the Central Bank Rate (CBR), in a letter to Parliament.

The President explained that assenting to the Bill would hurt the economy.

The legislation was repealed last March because the High Court found it to be contrary to the interests of Small and Medium Enterprises (SME’s), known as as it lessened their ability to access credit.

Regulators such as the Central Bank of Kenya have found that lenders who are unregulated have gone contrary to the Banking (Amendment) Act, and instead charge higher interest rates, much to the disadvantage of borrowers, while commercial banks fear lending to them because of the risk of high defaultment.

Parliament has been given a duration of a year to amend the Bill such that it reflects the interest of all stakeholders, after which two thirds of the House members will be able to pass the Bill.

The KBA has also said that if removed, the rate cap law would not have an adverse on borrowers who had taken out loans prior to the change.

But has it always been smooth sailing for interest rates in Kenya? Have there been hitches along the way?

” Back in 2011 and 2001, attempts were made by Parliament to pass legislation of interest rates but they did not follow through,” states the International Monetary Fund.

Stakeholders like the Central Bank of Kenya and National Treasury also expressed their hesitancy with the law when it was given the go-ahead three years ago. So did the President when he did pass his assent to the proposed rate cap law in 2016, arguing that it could encourage informal banks, ” states a 2019 report by the Interantional Monetary Fund titled “Do Interest Rates Control Work?”

The Kenya Bankers Association notes that about the time that the interest rate cap law was being introduced in 2016, the overall share of loans to SME’s was about 18 percent, though higher than that of larger banks.

In 2015, the President had assented to the Banking (Amendment) Act, which sought to cap interest rates at 4 percent above the then lending rate of 10 percent of the Central Bank Rate (CBR).
This was so that commercial banks could be able to lend to businesses, which though had a great impact to the economy, contributing Kshs 3,371 billion according to a recent study by Deloitte titled “Global Family Business Survey” published in 2019, but are unable to access credit from commercial banks.
“The consequence is that such businesses are likely to close down after the second or third year of operations, ” further observes a 2016 study by the Kenya National Bureau of Statistics (KNBS).
But capping interest rates, Cytonn further states, was because commercial banks were recording high profits, standing at 25.4 percent above the five year sub-Saharan African average of 15.4 percent, as of 2016.
Even after the introduction of the Banking (Amendment) Act in 2015, Cytonn says, the equities of banks dropped within a two day duration.
Furthermore, whereas the Banking (Amendment) Act was meant to enable credit to small businesses within a 4 percent margin, it had the opposite effect of doing so, Cytonn says.
” Our view has always been that the interest rate cap regime would have an adverse effect on the economy and also to Kenyans, and as popular as they are, they needed to be repealed,” says Cytonn.
The company goes as far as comparing the interest rate law to the separation of Britain from the European Union trading bloc, known as Brexit. Britain is set to leave the EU by October 31st following the referendum that would allow it to do so three years ago.

Cytonn cites a World Bank report on the adverse effect of interest rates in 76 countries globally.