The ‘godfather’ of engineering 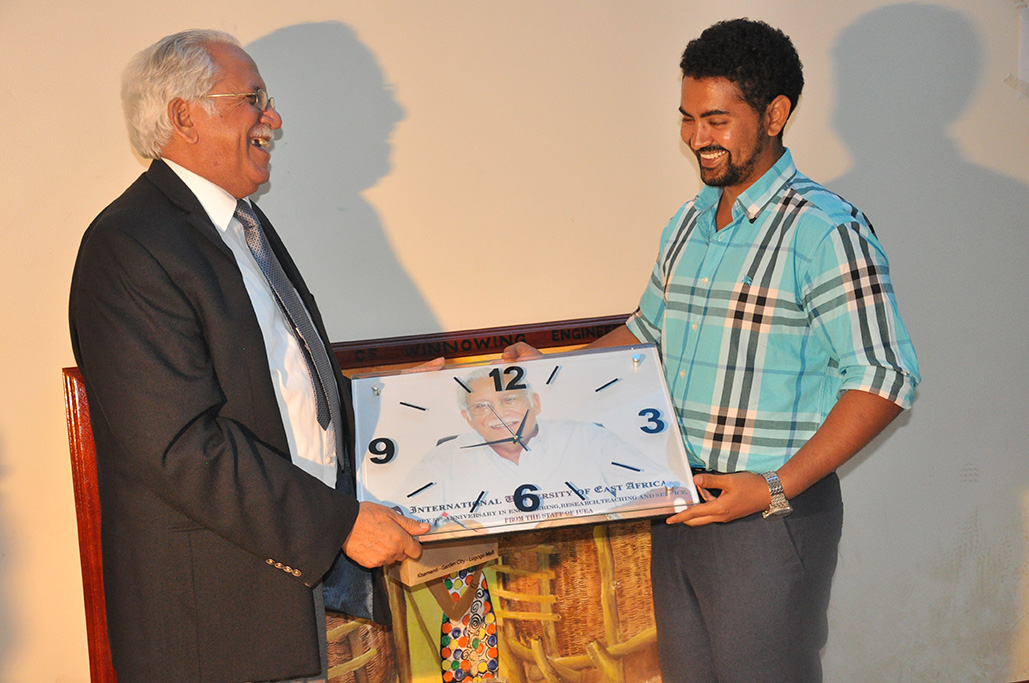 Prof Dawoud Shenouda Dawoud, the Vice Chancellor of International University of East Africa (IUEA), is revolutionizing the way engineering is taught in Uganda

American entrepreneur and author Bill Phillips once said that the difference between who you are and who you want to be is what you do. But for Prof Dawoud Shenouda Dawoud, the Vice Chancellor of International University of East Africa (IUEA), there is also how you do what you do.

He happens to be one of the biggest critics of the methods being used to teach important subjects like engineering in the local universities today, which is why he is recommending changing the way engineering is taught at many universities in Uganda.

An Engineer is a “Problem Solver” and “Engineering is the backbone for solving all problems world over.  Unless students are given the best knowledge and good work ethics to succeed in their main job, which entails solving problems, our problems will remain unresolved. The examinations given to students must also reflect the same.” says the highly respected 72 year old professor of engineering.

He doesn’t advocate for theory based examples in his field and has always made that very clear wherever he has taught or headed a team.

“In my course any examination that contains more than 5 -7 per cent theory is unacceptable. We are not historians, we are engineers,” says Prof Dawoud.

If you are giving a student a question about Ohm’s law, he explains, you do not tell him, “Write Ohm’s law”. Give the student a circuit with a battery and some resistances, and then ask him to calculate the current.

“I have sent back papers to examiners to change their question so that they can be engineering papers,” says the VC of IUEA.

The professor also discourages engineering examination sheets that have questions like “describe”, or “list”, and would want other universities with similar programmes to borrow his practical oriented approach.

In his view, the examiner’s main goal is to challenge the knowledge gained by the student into a solution to a given problem.

“In countries such as South Africa, an examiner must send examination papers to external examiners, and in most cases papers that have got theory accounting for more than 5 per cent are usually rejected,” says Prof Dawoud.

Why he is a leader in his field

Prof Dawoud does not only command respect in the field of engineering because of his exceptional grasp of the subject, but also his wealth of experience in teaching and leading.

“I first came to Uganda in 2010. I was posted by the University of Buckingham as part of the critical staff that started Victoria University,” he says.

However, in 2013, the British University parted ways with Victoria University, after which Prof. Dawoud joined IUEA as the Dean of Faculty of computer Engineering and Mobile Communication.

Two years later, he was appointed as the Vice Chancellor of IUEA. He is currently championing for a revolutionary approach in the teaching of engineering not just in Uganda but in the east Africa region as a whole.

He says that when he took over as the VC of IUEA, his work was well cut out for him. Among the top priorities was to develop programmes that meet international standards, especially in the area of engineering.

“Though IUEA was already offering a programme in engineering, the content of the programme did not meet international standards, and this was mainly because they were designed by non-professionals,” says Prof Dawoud. He therefore had to revise all the contents and design new ones to the acceptable standards.

In additional, IUEA did not have enough laboratories. He has since put up the first class lab to cater for the needs of over 700 students in the faculty of engineering at the institution.

Prof Dawoud graduated in 1965 with a degree in communication engineering from Cairo University and acquired his Master’s degree in Digital Communication in 1969 from the same institution.

He received his PhD in computer engineering in Russia in 1973; then started teaching at Cairo University, his alma mater, after getting a doctorate.

To date, Prof Dawoud has supervised over 70 PhD and 100 masters students in the field of communication and computer science. He has also published more than 220 patents, books, and journal papers and has presented papers at various international conferences.

Between 1990 and 1993, he worked with the International Civil Aviation Organisation (ICAO), a UN body that regulates civil aviation activity in the world, which has its headquarters in Montreal, Canada. It was from here that he returned to Africa to contribute to the region’s development.

From 1993 to 2001, Prof Dawoud worked at the University of Botswana in Gaborone where he transformed a polytechnic into a faculty of engineering.

The professor of engineering then moved to Uganda and became the Dean of Faculty of Engineering at the National University of Rwanda. And now he is the VC of IUEA.

How A Fish Project Has Helped Tackle Malnutrition In Uganda