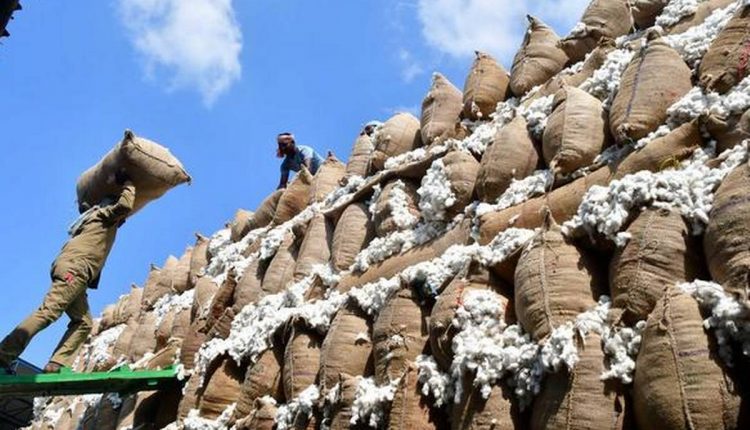 EAC Partner States have been called upon to exploit the huge potential for export of raw cotton to the world market.

Dr. Desai said that EAC exports to the world market currently stands at 8% adding that to increase the volume of exports, value chains such as textiles need to be promoted to boost exports.

‘We need to harness science, technology and innovation to boost exports by investing in greater capacity to produce leather and textiles, and turn a crop like pyrethrum into aerosols,’ said the PS.

Dr. Desai said that increased investment in the leather and textile sectors would cater for the growing demand in the region for locally manufactured high quality clothes and leather products.

Dr. Desai, who is also the Chairperson of the Coordination Committee that brings together Permanent/Principal/Under Secretaries for EAC Affairs in the Partner States, was addressing the media at the EAC Headquarters in Arusha. The PS is in Arusha to attend the 31st Meeting of the Sectoral Council of Ministers of EAC Affairs and Planning.

The PS disclosed that intra-EAC trade currently stands at 15%, which he described as being very low compared to other regional economic communities like the EU and the Southern African Development Community (SADC).

‘It is encouraging that a confederation for the agricultural sector has already been established. We need to broaden the horizon in as far as trade is concerned and increase exports,’ he said.

‘There is a need for greater aggregation and consolidation to increase the region’s exports to external markets. EAC Partner States should also create the necessary networks to promote collaboration,’ he added.

Asked about the high prevalence of Non-tariff Barriers in the region and their impact on intra-regional trade, the PS said that protectionism of national economies was natural but pointed out that greater potential among Partner States would open up markets and boost intra-EAC trade.