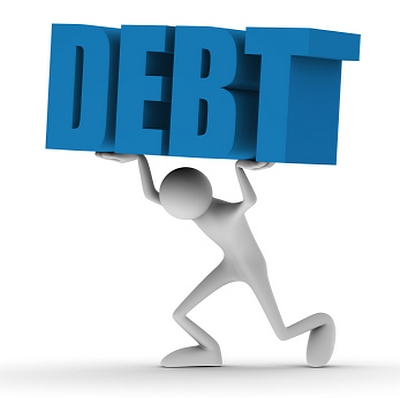 East African nations could soon find themselves in deep crisis if they fail to sustain their debt levels according to a recent report by the Society for International Development (SID).

The countries total debts, according to the report titled, “The State of East Africa 2016: Consolidating Misery? The Political Economy of Inequalities”, are increasingly becoming unsustainable and could lead to a crisis.

Between 2011 and 2014, the annual growth rate of external debts in the region has been at 13.3 per cent higher than the average for Sub-Saharan Africa, which is at 9 per cent. Kenya, Tanzania and Uganda have been identified as among the countries whose debt levels have swollen to alarming levels over the last five years.

At the start of the current financial year, Kenya’s debt was the highest in the region at USD31.6 billion, with more than 60 per cent of the debt being domestic. Tanzania’s national debt stock peaked at USD19.14 billion and 80 per cent of this was external debt. Uganda’s public debt stood at USD7.6 billion. About 60 per cent of this debt is external debt. Rwanda on the hand has remained modest. The country’s debt level was at USD1.85 billion, of which 76 per cent was foreign debt.  Burundi’s debt level also remained unchanged over the last few years.

The report, released in August, further raises concerns over the deteriorating export earnings and depreciating of the region’s currencies. This it says could increase the debt servicing burden. “This is evident in the fact that interest payments in the recent past have begun to eat up a portion of the East African member states national budget,” In their 2016-2017 budget statements, Kenya, Uganda and Tanzania announced that they would set aside 20 per cent, 25 per cent and 27 per cent respectively to service debts.

However, the report further notes that the regions debt ratios have remained manageable over the last few years. “Despite the fact that the gross public debt has been on the increase, they are however below ratio set by the East African Monetary Union (EMU) early this year,” read the report.

The EMU convergence criteria set a ceiling that encourages countries to keep their public debt ratio below 50 per cent of the GDP threshold and which partner states promise not to exceed. Kenya’s debt is equal to 29 per cent of the country’s GDP. Tanzania and Uganda’s debts are at 40 per cent and 28 per cent of their GDP while Rwanda and Burundi are at 20 and 18 per cent respectively.

The International Monetary Fund (IMF) has already warned countries like Kenya that their failure to narrow its debts could end up pushing the costs of tapping international credit markets. An early report released by the United Nations Conference on Trade and Development (UNCTAD) advices African Governments to consider new revenue sources to finance their development, such as remittances and public–private partnerships, and clamp down on illicit financial flows.

The report titled, “UNCTAD 2016 Economic Development in Africa Report”, says in order to increase domestic resource mobilisation, Eastern African countries will also want to stem more effectively illicit financial flows, which currently account for losses of about 6 per cent of GDP in Africa.

Several African countries such as Ghana, Nigeria, and Zambia have in the recent past borrowed heavily on domestic markets. In some countries, domestic debt rose from an average 11 per cent of gross domestic product in 1995, to around 19 per cent at the end of 2013, almost doubling in period of 20 years.

According to IMF, African countries ought to seek complementary sources of revenue. This could include sources such as remittances, which have grown rapidly with East Africa countries receiving over US$3.5 billion in 2015.