How PSC plans to tackle overrepresentation in public service 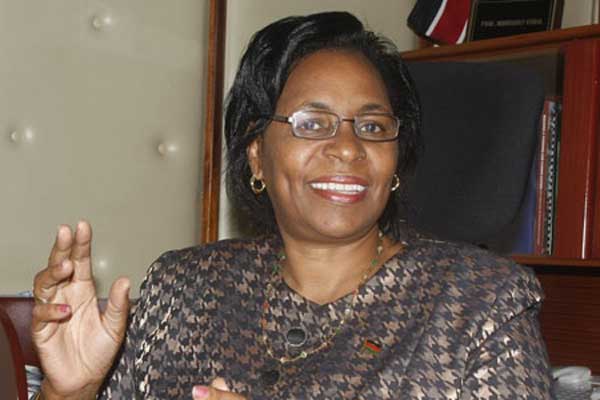 PSC release a diversity policy for Ministries, Departments and Agencies expected to tackle overrepresentation by setting hiring quotas for ethnic groups and other disadvantaged classes such as persons living with disability

In December 2015, Public Service Commission (PSC) released a report on how ethnic groups share public jobs in Kenya. The report revealed that civil Service is dominated by six most populous ethnic groups, who take up more than half of all the jobs.

The survey which considered Kenya to be having 48 tribes indicated that the six-Kikuyu, Kalenjin,Luo,Luhya,Kamba and Kisii-occupy 82.6 per cent of government leaving the remaining 42 tribes to share the 17 per cent of the total public jobs.

It further says that Kikuyu who are Kenya’s most populous group control 33,783 of government jobs representing 23.4 per cent of the total, while the Kalenjins, the third most populous have 23,649 or 16.3 per cent.

The report also revealed that 11 ethnic groups are overrepresented in government as currently constituted, 14 are fairly represented while 23 are underrepresented.

The El Molo Community which is at risk of extinction has five employees. The community has a total of 2,844 members nationally.

Only one Kenyan European is in the civil service, out of the 5,166 from the community.

So what’s the best way to tackle the problem of overrepresentation in public service jobs?

According to PSC’s Chairperson Prof. Margaret Kobia, the institution has so far released a diversity policy for ministries, departments and agencies (MDAs) that is expected to tackle the problem of over representation by setting hiring quotas for ethnic groups and other disadvantaged classes such as persons living with disability.

The strategies in the policy document include “assigning recruitment or promotion quotas over specified timelines to MDA where certain ethnic groups are under-represented to bring them at par with others.”

This means that an agency or ministry must commit to a cap on the number of people it can hire from a particular tribe.

The policy document is a follow up to a law passed earlier last year seeking ethnic balance in public service to make it reflect the face of Kenya.

The public Service (Value and Principles) Act, 2015 that took effect mid last year seek to balance the share of public jobs in favour of the smaller communities at the expense of merit.

The law stipulates that public service may appoint or promote public officers without undue reliance on fair competition or merit if an ethnic group is disproportionately represented in the public service or in a public institution.

However, critics have argued that the restrictive hiring would be considered discriminative against some communities arguing that employment should be based on merit.

But PSC in the new policy says that imposing restrictions should be considered as taking affirmative action, which is allowed by the constitution and the Employment Act.

“The Act clarifies that taking affirmative action measures consistent with promotion of equality or elimination of discrimination at the workplace is not discrimination.”

The policy lists most of Kenya’s tribes as marginalised adding that the special affirmative action demanded by the constitution applies to them.

So far, tribal representation in the public service has and continues to benefit the large tribes especially the Kikuyu and Kalenjin.

The fastest Growing University in Uganda