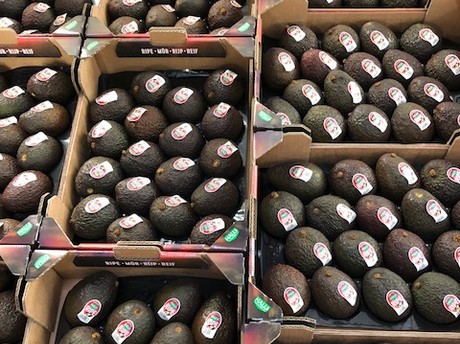 Kakuzi Limited has denied allegations of mistreating workers as reported by a United Kingdom newspaper. In a press release the firm has distanced itself from the claims of infringing of human rights as allegedly reported by the Sunday Times newspaper.

The press release states that the article was written in bad taste to ruin the firm’s reputation. Below is the response to the claims addressed by the article:

“The Sunday Times article refers to a British Estate in Kenya.  We are not a British estate.  We are a proudly Kenyan Company with 1,300 shareholders, the majority being Kenyan and have been trading on the Nairobi Securities Exchange for over 50 years.

Leigh Day, a law firm in the United Kingdom, wrote to Kakuzi in August 2019 stating that they intended to take Kakuzi to Court in the UK over accusations of serious criminal acts committed against anonymous claimants.  The acts were allegedly committed by employees of the Company most of whom to date remain unnamed.

In July 2020 Leigh Day dropped the Court claims against Kakuzi.  It has now become clear that the strategy is instead to run a smear campaign against Kakuzi and some of its customers.

This we assert because, as far as we know, few of these accusations have ever been reported to Kakuzi or the Kenyan authorities.   The claims having been made anonymously has hindered any investigation to get justice for those who seek it.

In the case of the tragic death of the young man highlighted in the article the matter was reported to the relevant authorities and investigations are ongoing.  Kakuzi has settled with the deceased’s legal representatives as appointed by the Kenyan Courts on the civil matter.

The allegations made in the Sunday Times article are against Kakuzi employees committing criminal acts against Kenyan Citizens, however the law firm Leigh Day have made it clear in their communications to Kakuzi that the Kenyan legal system is incapable of dealing with these cases.  In their view the allegations can only be heard in a British Court.  Kenya attained its independence from Britain over 57 years ago.  It is therefore unfathomable that a British law firm could assert that the Kenya judiciary is incapable of dealing with such claims.

Kakuzi strongly refutes the accusations by Leigh Day that “The company has little understanding of how to respond appropriately to serious Human Rights Issues.” We are on record as providing fully funded independent legal advice and professional counselling services for any claimant as part of a dispute resolution process recognized under the Kenyan Constitution. Anonymity is within this system. In our written response to the Sunday Times we made it very clear that Kakuzi had made the above offer to Leigh Day and that Leigh Day rejected it. The Sunday Times chose not to publish this fact.

As a responsible corporate citizen Kakuzi does not condone any criminal activities or behavior by any of its employees and to this end we have requested the Office of the Director of Public Prosecutions to investigate the allegations of criminality and take action in accordance with the law.

Kakuzi remains committed to its core values of supporting local communities through economic empowerment, the continued well-being of our employees and the sustainability of our environment.  We have strong interactive relationships with all our buyers recognizing the very important values that they hold.  We undertake regular third party local and international accreditation audits which govern our sector.  Reports of this are made available to our trade partners, including Ethical Trading Initiative.

We reiterate our dedication to all our stakeholders and wish to inform them that we are committed to professionally resolving any matter which is brought to our attention.  When things go wrong, as they sometimes will in a company that employs up to 3,000 people and where the land is crisscrossed by public roads and paths, Kakuzi does what you would expect a responsible employer to do.  We investigate the cause, cooperate with the authorities to ensure justice for those affected, make amends where we can and learn for the future.  This is the proper way to deal with allegations.

Kakuzi is part of the community in Muranga County and will always work with all for the betterment of our Country, shareholders, and all stakeholders.”