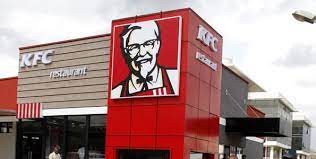 Kentucky Fried Chicken-Kenya popularly known as KFC has suffered a shortage of potatoes at its outlets in Kenya following delays in delivery from its overseas suppliers, forcing it to offer customers alternative food items such as ugali in place of French fries (chips)

Being among the best food joints in the country and also globally, the company took to their social media platforms to apologize to their esteemed customers for the inconveniences caused and promised to resolve the matter in due time.

“Fam it was truly a Furaha December. Mlikula sherehe with your KFC faves (You celebrated with your favourite KFC dish). Ya’ll loved our chips a little too much, and we’ve run out,” said KFC in a tweet.

The company went ahead to offer alternative escorts for considerations to people craving for chicken which included Ugali, coleslaw and snack buns.

The matter was not received lightly by Kenyans who took to their social media pages to criticize the company after it emerged that the franchise does not use potatoes grown in Kenya in preparing fries for sale in the country.

The move left a lot of Kenyans Puzzled as to why the fast-food chain imports potatoes from abroad, yet there is a produce surplus in the local market.

In an interview with the Business Daily on Monday, the firm’s Chief Executive for East Africa Jacques Theunissen said that the shortage was due to a hitch in global supply of potatoes.

“It has to do with delays in shipping lines due to the Covid situation. Ships have been delayed for more than a month now, but we are working hard to restore as the first containers are arriving in the port today,” said Mr Theunissen.

The CEO noted that Kenyans were yet to undergo training on producing potatoes that meet the standards set by the franchise and therefor farmers could not be allowed to supply and fill the gap.

“The reason we cannot buy local at the moment is all suppliers need to go through the global QA approval process and we cannot bypass that even if we run out to ensure that our food is safe for consumption by our customers,” he said

The directive denies local farmers an opportunity to reap rom the lucrative tenders from the franchise at a time when their products goes to waste especially during the harvesting seasons.

The hashtag “BoycottKFC” has surfaced over the internet, trending at number one on Twitter with over 6,000 tweets sent out criticizing KFC on its potato acquisition policy to one that will promote the growth of potato farming.

Brian is a multimedia journalist, a photojournalist, writer and a social media strategist with 3 years of experience in digital and broadcast media.
In another world anything legal and makes money am in it.