KRA CG nominated as a Member of the Africa Tax Administration Forum (ATAF). 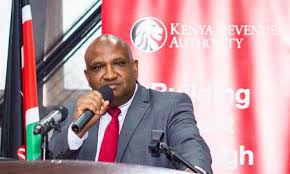 The KRA Commissioner General, Githii Mburu, has been nominated as a Member of the Governing Council of the Africa Tax Administration Forum (ATAF). He was voted during the ATAF General Assembly meeting held today, 4th November, 2020.

Mr. Mburu who represent Kenya at the ATAF was elected by 13 member states, accounting for the highest number of votes cast during the electoral session. His election reiterates KRA’s global reputation and endorsement in tax administration matters.

The Governing Council is the organ responsible for guiding ATAF in achieving its vision, mission and objectives for African tax administrations. This means that the Commissioner General will now be part of the executive arm that guides formulation and implementation of key tax programmes on behalf of ATAF members.

KRA also has deeper cooperation with ATAF through provision of specialized capacity building programmes in taxation at the Authority’s Kenya School of Revenue Administration (KESRA). Through ATAF KRA is also able to second its technical staff to support other African tax agencies on a variety of technical matters.  ATAF hosts special international events, and support KRA with tax research and publications.

Aviation leaders converge to deliberate on the recovery of air transport