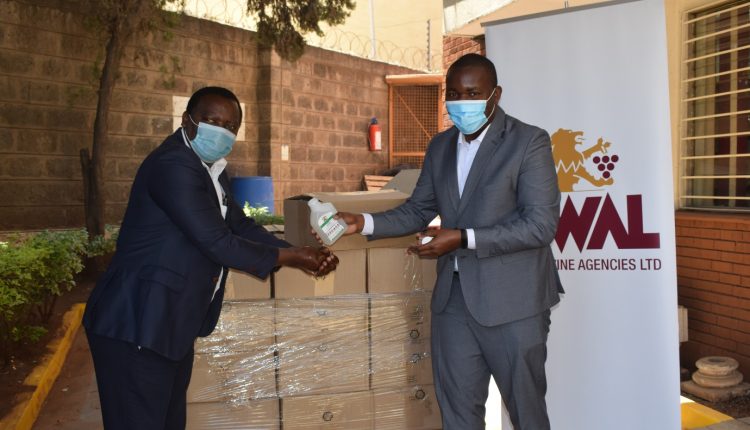 The association will distribute the hand sanitizers to market traders in Kiserian, Ngon’g, Machakos, Ongata Rongai and TransNzoia regions. During the donation, the team also discussed ways through which the association can support the fight against illicit alcohol trade and advocate for responsible drinking.

KWAL has been at the forefront in the fight against COVID-19 in line with its corporate social responsibility commitments. In April, the beverage giant donated 105,000 litres of ethanol to Kenya Pipeline Company (KPC) for mass production of hand sanitizers for distribution to vulnerable groups. This contribution is valued at Ksh. 8.5 Million. KWAL also donated Ksh. 10 million to the Kenya COVID-19 Emergency Response Fund to go towards welfare interventions to vulnerable communities affected by the pandemic.

Additionally, the Company has taken initiative to support communities whose livelihoods have been impacted and collaborated with Mukuru Promotion Centre (MPC), a charitable trust aimed at uplifting the livelihoods of people in Mukuru slums. In this regard, KWAL donated water storage tanks and Kshs. 500,000 towards purchase of food packs, and mask donations for these vulnerable families.